I kick flows, rips shows, think it switched though. Shit no, it aint any different when I get home.
I shift po to get dough, lust P's.
If you ain't ever been broke? For you to judge me's an insult.
It's my life an' I'm living it, agreed we all have choices but mine limited mostly by my decisions.

If I new then what I new now, I'd a lived life different, I'd be a different me, but I didn't so this is me.
Me, in my position what would you have done? Would you of done what I did? Am I what you would of become?

My guess, my guess is you would of succumb like I did.
The decision was mine, but I was too young an' I picked the wrong path, I went the wrong way.
Left school then got the grade, banged it out, got my pape's.
Stacked my p's copped a cake, I'm holding weight now, made a brick of a ounce an' ain't been in the
jail house.

I intend on staying free, free for me don't mean free from stress.
Lay in bed but I ain't asleep, from I need rest I just blaze the trees.
Drift off hearing my Nan say to me...

I'm a dreamer but can only dream as long as I'm asleep,. I've been having trouble sleeping.
See Nanny Edie aint here to say goodnight no more, I had to say goodbye to her, inside is where resides the hurt.
Now all I feel is pain, after that nothingness. After that? Nothing since, after that there's nothing left.

Some of her last words were, I cant fight forever. Like she wanted to give up an' of life she was fed up.
She had to go, but I wanted her to stay, 'cause ever since she left things haven't been the same.
I need a new shelter from the rain, my face looking weathered, a facety looking bredder I'm fed up.
I know not what to do, see I'd love to say that I don't give a fuck but I do.

The gift an' curse that I'm blessed with, the pressures on road ain't nothing to the emotions that I wrestle with.
Stress got me in a figure four, raw is what I'm thinking, I wonder what I'm living for?
Is it only to hurt? First my Great Nan, now I gotta put my dad in the dirt.
Back in the earth, I wished we could have patched it up first, I was so angry though I just
couldn't handle the hurt.

Now your in the back of a hearse. It hurts more than it ever did.
Sometimes I wish that I had never lived. Feels as if it would be better if if never did, live.
I don't know how I'm ever gonna get through this, shit.
I swear down blud I'm running on empty, My life ain't nothing to be envied.
So Goodnight 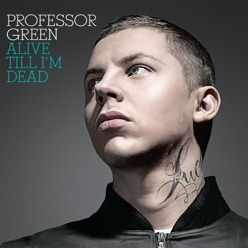