Walk in a room with my hands on my side, head raised
All this gossip and talking reminds me of my web page
Y'all people give me headaches, it's hard to keep
My head straight
It's like trying to go up but held down by deadweight
Walk on land, stay interesting
Nine albums dropped and I can't play an instrument
A lot of people wanna say I'm cheap as fuck
Why, cause I spend my money on my beats and cuts
Y'all peeps speak too much
Matter of fact, y'all peeps can eat these two nuts and still peep my new stuff
I ain't too ashamed
I'll say what's on my mental
Trying to quit my job and make a living off my pencil
But sometimes
People like to open up their mouth
Put their nose in my business, kid y'all need a life
Since the first day my mom taught me how to read and write
I've been spreading my vocab to the land like Jesus Christ
Believe the hype, ah yo I'm dope when I speak on mics
And when I smoke, pass the paper I don't need a pipe
Trust me kid, I'm ending all my nemesis but class
I'll cut you off in the middle of you sentences

[Chorus]
Ah damn, anotha mothafucker up in here
Running his mouth and putting shit in your ear
Ah damn, and I ain't trying to hear what you're saying
Stop with the gossip cause it ain't entertaining
Ah damn, every time you say my name
Try to spread lies through the game
Say what you want I won't change

They wanna judge, class, and tell lies too!
And you can believe me
Because I never lie
And I'm always right, so wake up!!!

Call me a pasty white kid, whatever, I ain't concerned
I can't sun tan I'm too hot, I burn
And if I drop I'll return with the status that I left
Yea this is a game and I'm glad their ain't a ref
'Cause I'll break rules
Take fools for their money and their fake jewels
Ah you somethings never change
And I put in work more ways then one ask your lady
You still wanna talk acting like class is lazy
I'm like a bum with no legs, I can't stand working
But I'll write through the night till my right hands hurting
Strike like lightning and kill all the nonsense
Son just be honest you never were a profit
Now stop it
Why you wanna rhyme like you deep now
I tried to listen but your putting me to sleep pal
I'm flowing better when I freestyle, listen to me speak now
Impress your female and keep it on the DL, shhhhhh
Somethings are better unsaid
Your whole rhyme book is better left unread
And I ain't trying to turn this to a battle track
But I gotta handle cats, who attempt to battle back 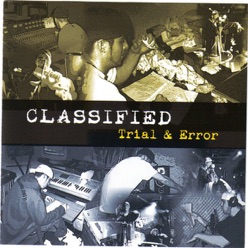