Talk to me man
This ya boy Young Hova, yo turn the motherfucking noise up
We'll get right into the proceedings this evening
Headphones are distorting, bring it down a lil' bit
Okay, now we working with it
The boy Face on the bass line, Face - Mob!
Welcome to New York City, it's ya boy Young Hov' chea
Kanye West on the track (whoo!) Chi-Town, what's going on now?
Can I talk to y'all for a minute? Lemme talk to y'all for a minute
Just gimme a minute of ya time baby - I don't want much (whoo!)
Lemme talk to these motherfuckers, uhh

Guess who's bizack?
You still smelling crack in my clothes
Don't make me have to relapse on these hoes
Take it back out to taxing them roads
When I was hugging it, niggas couldn't do nothing with it
Straight from the oven with it, came from the dirt
I emerged from it all without a stain on my shirt
You can blame my old earth, for the shit she instilled in me
Still with me, pain plus work
Shit she made me milk this game for all it's worth
That's right, these niggas can't fuck with me
I'm calling guts every time, drag my nuts every time
Homey, we make a great combination don't we?
Me and the Face Mob, every time we face-off
Face it y'all, y'all niggas playing basic ball
I'm on the block like I'm eight feet tall
Homey, I'm in the drop with the AC on
That's why the, streets embrace me dawg, I'm so cool!

Guess who's bizack?
The boy B. Mizack, a.k.a. Mr. Crack-A-Brick
Turn a whole one from a half a brick, look I mastered this
You can smell it once the plastic rips
A hot plate'll make ya swell up if ya gasket clicked
You can make ya chips swell up, ya don't have to pitch
Play them corners like a safety, watch the traffic switch
Young'n never pump fake, and you'll get past the blitz
And keep ya whole hood on flip, like on box-spring
Pissy Mack and shit, low old box of things
Strictly glassy shit, I hug the block like a quart of water
Shit I used to hug a corner like a old deuce and a quarter
Till like deuce in the morning, with the old heads
Slanging loose quarters, this Philly cat back gatted (had it)
Still fucking with them crack addicts
Still busting with that black-matic

Guess Who's Back de Scarface 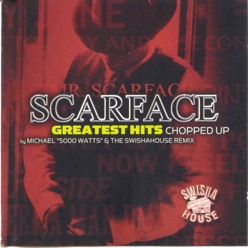 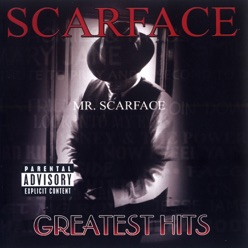 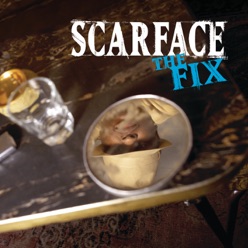