K-Dee talking:
Hey hey hey baby check it out. I'm K-Dee, &
that's my nigga Mack 10 over there. Now he gotta be cooler
than the nigga thatyou sittin' with, so pump yo' brakes
'cause here comes the G. Foe Liiife!!

Verse 2
Now as I roll through the turf with that true G pride
feeling high as I ride from the west to the eastside
On them switches went from rags to riches
all snitches must die I can't lie
I like them hoochie bitches
though I know that a hoe is a gamble
scandle hard to handle them dookey braids & sandals
That's how I like it hike it touchdown then spike it
then pipe it so tough they can't gripe it
So if it's on from uh dusk 'til dawn
keep it crackin' stay packin' as long as niggas jackin'
Mackin' like Goldie bumpin' nothin' but oldies
reminiscin' tilt the 40's when I vibe the dead homies.

Talking:
Yeah I want to say what's up to all my deceased homeboys
from the west & eastside didn't make it to see this rap.
Oh yeah it's still Mack 10 foe life puttin' it down like this here. 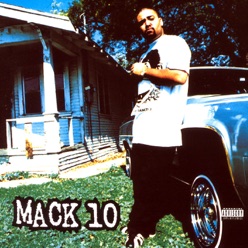