He Said, She Said

Now how do rumors get started
Started by the jealous people
lookin for a ? when a man and a women have a good relationship
and they trip then they flip tryin' to cook a situation in the mix

I'm with my babygirl so I'm tryin' to kick it live
drink in my right hand, left on her thigh
so do yourself a favor with the ? away from me

Now I can't go no place without somebody pointin' a finger
ah, but I can't blame em
my rides got sweet interior
i think I'll call my broker and I'll tell him to watch the figures
so the next time the rumors get started he'll chill and remember 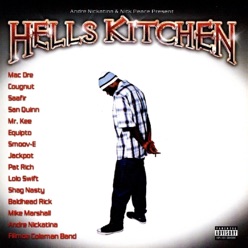