Ay lo, run to the fridge and pop that other bottle of cris' homey
I'm off the weed but I'm back on my juice nigga
Pour me up an ounce and a couple of th epurps
As I skate through the city in that black cuatro
You fake willies frontin like you got dough
Until I prove 'em it's not so
I shine like a brand new penny from that franklin mint

That black masi', it don't make no cents/sense
But to drive and make dollars, your pockets flat like tires
Your money still all slow like new drivers
I pop more than the collar
You niggaz poppin cheap-ass bottles of moet
That bullshit chandon, that little chick on
Your arm be long gone
When she recognize a real don

I'm in the club in the cut sippin on aged grapes
Laughin at them brolic car thieves, in their slim-ass jeans and bath' apes
Lookin half gay, halfway out of the closet
You don't believe me, nigga ask sway
What the fuck is that? You niggaz need to be slapped
Whoever co-signed bein a sucker wasn't stacked

Hheh! [echoes]
Hheh! [echoes]
Uhh, sit back, relax, let's rap for taste
Track 10 from the fits, peep my old head face
You see if real niggaz respect it, the squares gon' rep it
I'm guessin, that's why this bullshit keep progressin
But I ain't stressin, nigga class in session
I'm here to teach you a lesson like krs'n
"Criminal, minded, you've been blinded"
Lookin for a nigga like sig', you won't find it

I'm a dinosaur~! You niggaz more like
What I look for in a whore, heh, pussy!
Nuttin more, nuttin less, I'm nuttin to second guess
I'm him, point blank period, the end
When I'm long gone, they gon' dig up my bones
And study my poems and learn I was more than the gun in the song
Even though I spit a gat
Quicker than I spit a rap, now go 'head sonny, run along

Now when that sizzurp in my system, ain't no tellin
Will I bust that four-fifth and, catch another felon'
I'm a thug by blood, not just off drugs
Even though I love, that purple mug
Uhh, drunk off syrup, perks and zanees
Spit a word make a bird lose her skirt
And her panties (and them panties)
I know it's been a while, since I left a stain on your brain
Gave you some game that you can gain from

I'm here to end it now
Break the cycle of that bullshit same ol' same, that these lames run
It's a shame it's they names where they came from
These niggaz fly-by-nights, they couldn't fly my kite
Tie my shoes, lace my boots
They money run short, they couldn't chase my loot
Paper small like coupes, I'm that sport sittin butter soft
He nothin but a boss - who? Me - sig', but of course 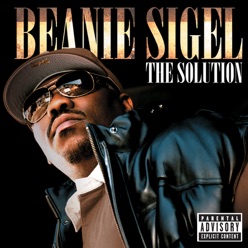 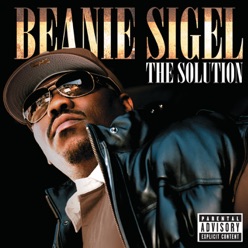