So throw me off to the side of the road and make it sound sincere when you accelerate
back into your world I've come to know only lets me down.
How could you create this overcast that lies in my horizon?
Despite the miles of twists and turns, my hope's a facade
of sunlight so bright it fucking burns.
What a tease!
This mirage of bullshit you've "created" to wholly destroy us, and one by one we'll all just self-destruct into the dust that you leave in the wake of fucking us with your selfish ways.
So let's all numb ourselves, because we'll never escape, and let's all accept the fact there's no hope for rats locked in a cage controlled by the hands of fate.
So I propose a game we can play while cruising at a
comfortable speed with the peace of mind, knowing damn well that thousands believe
your lies: You'll play the part of your creation, and I'll play the part of a cell that won't die,
insistent on spreading and forced to divide.
I'll ruin your insides and force you to face all the evils you've made an all the lives you've erased.
And though we can't save the onesyou've led astray, I'll compel you to question your own fucking faith. 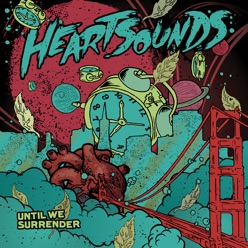