Who the fuck these niggaz talking to man
These niggaz talking down on me mayn
Man, let me wreck this lil' midget ass nigga
Don't one of them hoe ass niggaz got a skin disease
Or something mayn, man I'm fin to tear they
Whole motherfucking label up
This the Boss Slim Thugger baby, hit em up
Fuck em ha, shouldn't of fucked with me boy

[Slim Thug]
First I'll fuck Lil Yo, and the label you claim
You bitch made gay nigga, I gave you the game
You only got some street fame, cause you was rolling with me
Trying to follow the footsteps, of Slim T-H-U-G
And all along, I use to think I did something wrong
But fuck that, some niggaz just belong in thoughts
Talking bout a nigga left you, bitch you ain't my girlfriend
If I didn't, I'd be in the same position you in
He say he moved up out the hood, is that what he think
He moved a half a mile up the street, on Gulfbank
You still staying with your mama, how you call yourself a rapper
If you acting like you broke, you's a hell of a actor
Who the fuck you think you are, bitch I'm the Northstar
Your whole record label, can't fuck with me by far
Motherfuck a Black Mario, that's your G
You 26 selling dope, but can't move OZ
J Dogg you ain't a Hogg, so I stripped off your title
Waterhead ass nigga, is Pookie your idol
You on some dope fiend shit, stop begging me for money
Go get a ride Lil Yo, and tell him give you something dummy
You fell off, whole label getting wrecked by the Boss
Northstar and Stomp Down, just took another loss
Before I quit, I can't forget about that other bitch
Fuck A.D., and that bootlegging bitch Pic
That's some bullshit talking, super weak ass niggaz
Telling lies, everytime you try to speak trash nigga
Gotta bootleg my c.d.'s, cause y'all shit don't sell
Wanna battle with the Boss, all you bitch niggaz fail, I hit em up

[talking]
That's how you spose' to hit a motherfucker up Lil Yo
You niggaz getting on tracks like this, you gotta get ready
You know I'm saying, and Big Pic
I'ma let my lil' dogs, ride on your hoe ass

[Doodie]
Get out the way Slim, get out the way Slim
And let me, address this bitch
They keep talking bullshit, I pack bullets that flip
Into a big bitch, by the name of Big Pic
Making this a rap again, quick to snatch another win
Let's see the shit you talk, with a nine under your chin
Your kin wanna sin, your mouth got you in trouble
Healthy zig-zag, trash ass motherfucker
I speak and don't stutter, never biting my tongue
Street sweeping your crumbs, leaving holes in your lungs
Dropping bombs like Viet, I done peeped you nigga
Southpaw that's raw, while I'm sleeping nigga
Steady chasing big figgas, while your bitch ass knock me
Don't steal my style, cause you known to copy
It's about to get sloppy, you can't fuck with me
Let the game go, so we can rest in peace
You keep fucking with me, you in peace with the rest
Releasing my tech, because you got a hole in your chest
You're whining about these checks, all you game is garbage
Treat your rap like shit, flush it down the toilet
Who the hell done farted, oh that's Pic's bullshit
Bitch suck more dick, then a porno flick
I'm a faggot you wish, nigga place your bids
I'm about to do you dirty, like R. Kelly do kids
One minute my nig', the Big Ballin' done got bucked
Big mouth done got shut, it's Doodie I hit em up

[talking]
Ha, now y'all tell me who won
They see me, they run ha

[Sir Daily]
Fa sho Slim, Sir Daily make these niggaz retire
Whining ass cry babies, need to have pacifiers
Grown men acting like kids, jealous and shit
But if you cross us in the streets, we putting lead in your clit
Hundred rounds spit buckers, ain't no testing the tougher
Watts stuck you like a pussy, so who's next to fuck you
Sir Daily a crash dummy, you a liar that's false
Any nigga believe in that, must be sniffing that soft
I go off at anytime, ain't no stealing my shine
Hoe ass nigga wanna hate, cause they feeling my rhymes
I never apologize, to the day that I die
And when I die I'ma be gangsta, with no tears in my eyes
From the cradle to the grave, we stay be gangsta ways
With the Boss Slim stays, cutting paving the way
Ain't never known to play, you out of line and out of touch
Everytime them Outlaws touch the mic, you get crushed
You a fucker boy thoed, nigga bleeding red blood
You will never hear him say, Sir Daily got hugged
Cause I go hard nigga, no fraud nigga
I'm the dealer with the deck, here's your hoe card nigga, hit em up 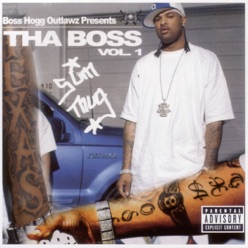 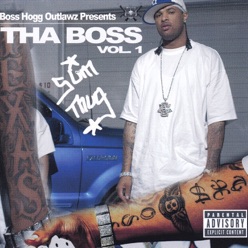