I Can Feel A Hot One

I could feel a hot one taking me down
For a moment, I could feel the force
Fainted to the point of tears
And you were holding on to make a point
What's the point?

I remember, head down
After you had found out
Manna is a hell of a drug
I need a little more, I think
Because enough is never quite enough
What's enough?

I took it like a grown man crying on the pavement
Hoping you would show your face
I haven't heard a thing you've said
In at least a couple hundred days
What'd you say?

The blood was dry, it was sober
The feeling of audible cracks
And I could tell it was over
From the curtains that hung from your neck

And I felt love again

I Can Feel A Hot One de Manchester Orchestra 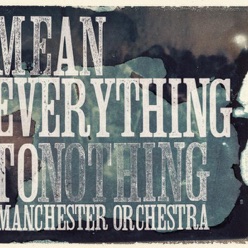 Mean Everything to Nothing
2009
Ver todos los discos