O the Roman ambassador
Was torn apart-apart by plaster
And reassembled after:
the 40 years of bombing:
They were wild and they were crying, in the picture
Where the smoke cleared
Tear your body from your beard
And watch as the planes burn the boats from the isle

A board is a board
When the pulpit meets the sword
And the poet has been bored
He's seen Fire and he's seen Pain
And the tedium has stained,
O Vergil, get your rake out there's a pastor to be pulled
And 60 miles west of Rome: "I stopped some dreadful hoard."

And I, I will let my body go,
And when it goes and then it stinks
There will be beauty in its stink
And the last rays of the fink
Will suppose themselves to shine
Upon the corpse of Stinking Gold
That has fallen into brine,
Idle song. 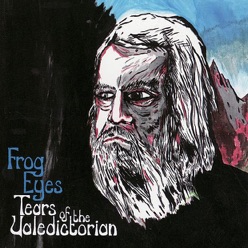