"It is said that the most beautiful sunset in the Realms is that viewed from Havenshore, as the fiery sun disc turns the Great Sea into an ocean of molten gold. The fresh breeze of the sea, the gulls calling over windswept dunes of sand and the tranquil comings and goings of an idyllic village; such a place is not an easy one to leave behind, but great is the yearning for adventure in a young heart. Precisely what made the Islander hoist the sails with but a few comrades eludes even me, but after he crossed the borders to our lands, our beloved Val'inthor of many glades, he often spoke of fervent dreams that haunted him every single night.
A dark robed figure, drawing ever nearer for each sweat soaked night and the promilse of grim deeds and opressive tyranny. Though there was also hope in these dreams; a vague and distant voice calling out to him, drawing his gaze towards the east, to the Old World which he had heard so many a story of as a young boy.
The visage called him by a name unknown to him, in a tongue never uttered on the shores of the Great Isle since before the time of the First King; the name was one which would not leave the hearts of men for a thousand years. That name was Ilmarion." 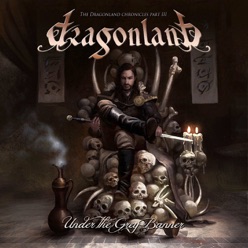