It was back I remember in '33
When the great Jimmie Rodgers inspired me
To start movin' on, start rollin' on
Said they can't do you wrong if you don't stay too long
So keep a movin' on.

You know the famous Jimmie well he's dead and gone
And my friend Hank Williams he sung his song
But they both moved on yes they're done long gone
But this old country train is still throwin' it's flames still a movin' on.

From the country fairs to the honky tonks
I played my ole guitar and I sung my songs
I kept them movin' on didn't stay too long
Just stay long enough so I can sing of my stuff
And keep a movin' on.

Now that outlaw music's got a real good beat
And the new country pop I gotta say it's sweet
keeps you movin on I ain't a sayin it's wrong
But when it's all disappeared you're gonna find me
Right here still a movin' on.

On the top of the charts I used to ride with the wind
To the number one spot I'm gonna make it again
I keep a movin' on keep a singin' my song
Through the blues and the soul through the rock and the roll
I'll keep a movin' on.

Yeah talk to me guitar tell 'em about me.

Well, I see my old buddies and they're just sittin' there
Rockin' away in that old rockin' chair
While I'm a movin' on just rollin' on
They've shifted too low but I'm still on the go
And still a movin' on.

So let the big wheels roll and let that rattler shake
This ole singing ranger ain't intending to break
I'm still a movin on still a singin' my song
And my old gravey train is still throwin' its flames
Still a movin' on. 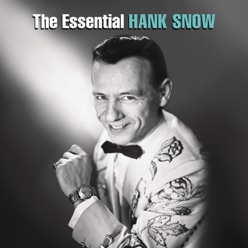