Ira's Brief Life As A Spider


One particular spider, who's parents had named Ira,
fell out of his mother's arms and became lost inside the giant insect hospital.
Since mother spiders give birth to so many babies at one time
it is exceedingly difficult to keep track of all of them
and sometimes a baby will get lost without it's mother ever being aware of its absence.
Ira was just such a case.
He crawled about for hours crying but his mother couldn't hear him for Ira was a mute.
This is where the story gets interesting.

He opened his mouth and discovered a lake in a crater on his tongue.
He was thirsty so he drank from the lake.
This proved to be a fatal mistake
as the lake was really a cake filled with poisonous snakes, and Ira died.

A nurse discovered dead baby Ira and sank with grief.
She gently lifted him up to her breast and carried him weeping to the head nurse
to see if any baby spiders had been reported missing.
The head nurse checked her missing baby spider file
and told her that "No, no missing baby spiders have been reported."
The nurse holding dead baby Ira then asked if they could have a funeral for him.
The head nurse, being a very caring grasshopper,
agreed that that would be the proper thing to do.
So they dug a small hole near a yellow tulip, held a brief but moving requiem
and with great sadness buried baby Ira.

Miraculously, Ira was quickly reincarnated as a wild horse on the far off planet called Nearly.
on Nearly, wild horses hold the majority in the senate and Ira has discovered pudding.
His favorite is the kind without raisins.

Ira's Brief Life As A Spider de Of Montreal 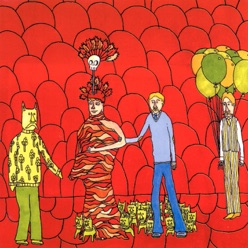