Kill your fucking idols
Just smash them on the wall
Don't buy their senseless records
Don't be their fuckin' toy.
Why worship stupid rock stars?
Put autographs on your wall?
Don't make them feel so special,
That's just what they want
Appreciation-Not deification
Reject the-rock star nation
Abusing their success for big bucks
Abuse of ideals-that really sucks
Reflect on things, you might hear
Rumors and lies, are everywhere
Honesty must be reached in our scene
At least try to understand what we mean
Mask of deception - breeders of ignorance
Grind, just another trend? - does it make any sense?
Abusers of ideals-they are so ignorants
Play fast, growling voice-honest band or again some shit? 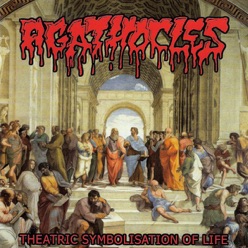