People in the audience Kool G Rap is my name
I write rhymes and insert them inside your brain
And DJ Polo, the man I'm behind
He operates the turntables when I'm
Rocking my rhymes, see...

Psychopath on the phonograph, nut of the cuts
You heard the boy slice, is he nice or what?
He's the main entertainer inside the show
And he goes by the name of DJ Polo, see...

I supply the data, he's the wheel operator
We're walking tall and we're called the terminators
I'm Kool G Rap, and he's Polo
He cuts like a pro when I go solo
He's a record spinner winner, that you can bet
Eats DJ's for dinner on his table set
With cuts he concocts and the party rocks
DJ's want to Xerox it out the box
A professional performer, wheels of steel trainer
One hundred percent excellent entertainer
The maker and creator of the lyrical line
Idea of Shakespeare, the mind of Einstein
Surrender, pretender, you don't exist
As a vocalist, so you can kiss this
I'm Kool G Rap, greatest of all times
And you can see it, inside my rhymes
See it's a demo

My recital will form a musical brainstorm
Powerful sound waves where ear drums are torn
The performer recites, competitors ignite
Audiences tonight I came to incite
Fascinating results, a defeat will be difficult
Equivalent to a thousand volts
To my brief rap speech you attach like a leech
Examine when I'm jamming and when I preach
Before I'm completed, you will all be deleted

You said I sucked, instead I succeeded
Fan fascinator, I supply data
According to the groove, I'm a real smooth operator
I activate a musical device
Dialogues are concise, no need to splice
My system contains musical rap rain
Instrumentals inserted inside your brain
All levels rate low with a medium tempo
I give a dramatical cameo show
And now you know DJ Polo
These party people are ready to go
See it's a demo

Better than a Snicker when it comes to a snack
I go solo with Polo when I'm in combat
I'm the MC humanoid and I just get annoyed
Boy you'll be destroyed cause you copy like a Polaroid
Coming like a meteor inside any area
Make the people merrier, vicious like a terrier
Like a terrorist, I will terrorize
Telling any territory I'm a glory enterprise
The microphone fanatic, cause I'm the Asiatic
Brotherman from the motherland, rappers automatic
Ly suffer as I suffocate, then I start to alienate
Make you an inmate, so you cannot retaliate
Mutilate at a rate to penetrate you
No other crew can rescue
My talents are balanced my audience is silent
MC's stop biting or I'll get violent
It's a demo... 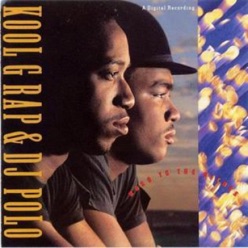