I want to be different, like everybody else I want to be like
I want to be just like all the different people
I have no further interest in being the same,
because I have seen difference all around,

and now I know that that's what I want
I don't want to blend in and be indistinguishable,
I want to be a part of the different crowd,
and assert my individuality along with the others
who are different like me
I don't want to be identical to anyone or anything
I don't even want to be identical to myself
I want to look in the mirror and wonder,
"who is that person? I've never seen that person before;
I've never seen anyone like that before."
I want to call into question thevery idea that
identity can be attached
I want a floating, shifting, ever changing persona:
Invisibility and obscurity,
detachment from the ego and all of it's pursuits.
Unity is useless
Comformity is competitive and divisive and leads only to
stagnation and death.
If what I'm saying doesn't make any sense,
that's because sense can not be made
It's something that must be sensed
And I, for one, am incensed by all this complacency
Why oppose war only when there's a war?
Why defend the clinics only when they're attacked?
Why are we always reactive?
Let's activate something
Let's fuck shit up
Whatever happened to revolution for the hell of it?
Whatever happened to protesting nothing in particular, just
protesting cause it's Saturday and there's nothing else to do? 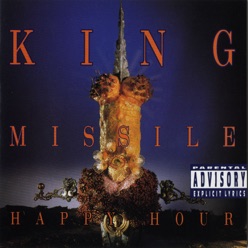