I'm giving up nuthing.
No maybe on your shit boy, i'm scheming.
I'm solo, numero uno, the eiht's fiending.
Just to get my hands on your goods.
Give me the slip boy you wish you could.
Geah, you're kinda frightened by the compton night stalker.
When i got you by the throat you better be a fast talker.
Times running out for your program.
Better hide from the compton hitman.
What ch'you got in your trunk? fool unlock it
As i put the pat down on your pockets.
The neighbourhood jacker's on the creep.
I bet your sounds 'll sound good in my jeep.
And tell your freak to get with the program too,
Or she becomes black and blue.
No harm done, and i'm out before somebody can be told.
Episode one of the jack mode.

I'm starving like marvin and gots to get some mutherfucking peso's
So i can dig out a few hoes.
And who should i game on?
Another fool that has to get jacked, its the same song.
Crease up the khaki's and shirt, and i'm outta here.
Who the fuck got jacked, i dont really care.
My money is funny and it just don't feel right.
I'm tired of cavi, cause the clucks just won't bite.
And now i'm on a mission to find me a sucker
And when i catch him i hope he aint a brave mutherfucker.
Give up the shit worth value
And keep your cool, fool.
Strapped with the mutherfucking 380,
Release the safety, and boy your gonna hate e.
Another dome that must explode.
Episode deuce of the jack mode.

Damn i'm broke like a mutherfucker and now i'm at the point of no
Return.
One more fool on my list that i must burn.
Spot a girl and she's draped with the jewelry.
This is compton for life, y'all don't hear me.
Stroll to her car and played like i was wit it.
Half a blunt in my mouth and she asked could she hit it.
Handed her the blunt as i commence to start to lean.
So i could peep out the scene.
Fat links around the neck by the dozen.
She's giggling to much, naw don't tell me that she's buzzing.
The perfect opportunity.
And when she wakes up in the morning she'll be hating e.
Hopped in her car and we was set with a full tank.
And in my mind i'm thinking, 'bitch drive so i can gank'.
Its like that, the last episode has been told.
About a nigga in jack mode. 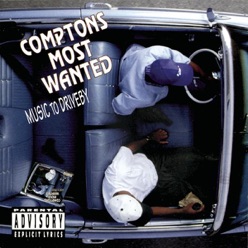 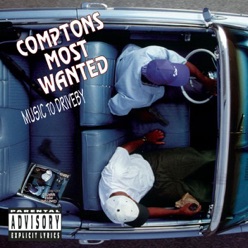