Jesus was way cool
Everybody liked Jesus
Everybody wanted to hang out with him
Anything he wanted to do, he did
He turned water into wine
And if he wanted to
He could have turned weed into marijuana,
Or sugar into cocaine,
Or vitamin pills into amphetamines.
He walked on the water, and swam on the land.
He would tell these stories,
and people would listen
He was really cool.
If you were blind or lame,
You just went to Jesus,
And he would put his hands on you,
And you would be healed.
That's so cool.
He could have played guitar better than Hendrix,
He could have told the future,
He could have baked the most delicious cake in the world.
He could have scored more goals than Wayne Gretzky.
Jesus could have been funnier than any comedian you can think of.
Jesus was way cool.
He told people to eat his body
and drink his blood.
That's so cool.
Jesus was so cool.
But then some people got jealous of how cool he was,
So they killed him.
But then he rose from the dead!
He rose from the dead, danced around, and went up to heaven.
I mean that's so cool.
Jesus was way cool.
No wonder there are so many Christians. 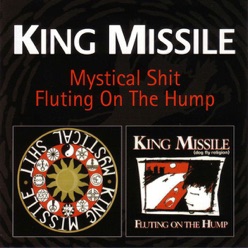 Mystical Shit / Fluting On the Hump
2004 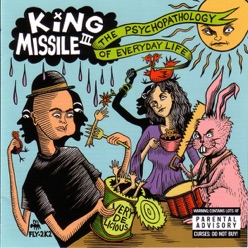