Lightning quick like a kick in the dick
Like a bolt right out of the blue
The g-force pounds with the throttle down
At the turning of the screw
Accelerating, limit breaking
Propelled by sonic boom

Get high! Get high!
Get unbelievably high!
Terrific speed, the atom seed
Taken to the sky

Outpacing, racing like a cheetah fleeting, streaking into the black
Daring, soaring, blazing a trail, they say he'll never be back

Nitro- push the needle into the red
Thrusters- you're hanging on by a thread
Light speed- tell all the folks back home,
Son you're on your own

Techno fallschirmjäger soaring faster than a shark with a gun
Spearing through the firmament- but something's wrong
Neutron- don't cross the streams
Detonate- the whole world can hear the screams
Impact in three, two, one
That son of a bitch was a legend of speed 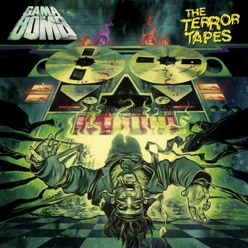