Cleaving away at any extremity, From his torso his appendages are ripped,
Another pass of my chainsaw, And his leg is disjoined at the hip, Cutting with
my shoulder blade, His forearm I lustily seize, Bit by bit deconstructing his
demise, Allowing my victim no piece... Limb from limb... Dislimbing my victims
for my collection of severed and rotting keepsakes, Trophies for my room
displayed in mylar on decorative platters and stakes, Once in possession of
the fleshy sinewy gew gaws that I demand, Only these quadrapalegic cadavers
are left to give me a hand... Limb from limb... Taking her hand and arms and
legs, She is left looking quite stumped, Collecting the body parts that I
greedily hoarde, The torso is callously dumped, Her grevious wounds spill
precious ichor, Upon the makeshift abatoir's floor, But the sacrifice is not
made in vein, Donating her arms to the poor... Limb from limb, mercilessly
taking people for an arm and a leg, Limb from limb, an unscrupulous bargain
upon which you cannot reneg, Limb from limb, I have so many, but I always
hanker for more, Limb from limb, at times it's impossible to get a foot in the
door... Limb from limb... You must hand it to me as I split you at the seams,
I always get a leg up on my victims, your ensanguined projections I glean,
Jigsawed without hope of reassembly, I take what's yours as mine, You watch as
your existence slips away, your losing it one piece at a time... 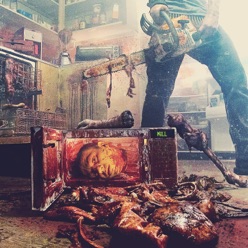 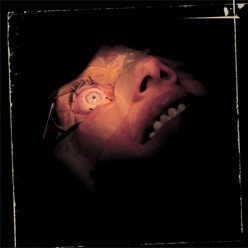 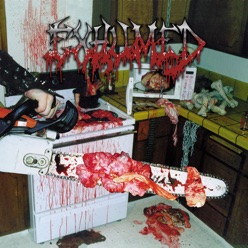