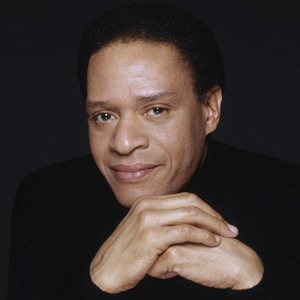 HOMETOWN
Milwaukee, WI
BORN
March 12, 1940
About Al Jarreau
The only vocalist in history to net Grammy Awards in three different categories (jazz, pop, and Ru0026B), Al Jarreau was a virtuoso performer who balanced smooth lyricism with his own innovative brand of vocalese. Initially emerging in the late '60s, Jarreau drew audiences with his dynamic blend of jazz balladry and vocalese. By the '70s, he had caught the industry's attention and delivered a series of highly acclaimed crossover albums, including 1977's Grammy Award-winning Look to the Rainbow: Live in Europe, that found him tackling a mix of stylistically varied cover songs as well as his own emotive originals. Although his skills were based in jazz, his albums found him just as adept at interpreting folk, Ru0026B, pop, and funk. This wide adaptability, paired with his warmly upbeat charisma, brought him huge success throughout the '80s and found him moving increasingly into the commercial pop sphere with sleek productions like 1981's Breakin' Away, which earned him two more Grammy Awards. Along with his own albums, he also made a cultural impact, contributing to the landmark charity album USA for Africa: We Are the World, and he reached an even broader audience as the singer and co-writer of the iconic theme to the '80s TV show Moonlighting. After his recordings slowed somewhat in the '90s, Jarreau returned to regular activity in the 2000s. He earned his 11th Grammy Award for his work on "God Bless the Child" with Jill Scott and George Benson from Scott's Collaborations in 2007, and issued a steady stream of his own recordings that, as with his final album, 2014's My Old Friend: Celebrating George Duke, often found him returning to his jazz roots.nn Al Jarreau was born in Milwaukee, Wisconsin, on March 12, 1940. The son of a vicar, he earned his first performing experience singing in the church choir. After receiving his master's degree in psychology, Jarreau pursued a career as a social worker, but eventually he decided to relocate to Los Angeles and try his hand in show business. Taking a job as a rehabilitation counselor, he began playing small clubs throughout the West Coast, including regular jobs performing with keyboardist George Duke's trio. He recorded an LP in the mid-'60s, but largely remained an unknown, not reentering the studio for another decade. Upon signing to Reprise, Jarreau resurfaced in 1975 with We Got By, earning acclaim for his sophisticated brand of vocalese and winning positive comparison to the likes of Billy Eckstine and Johnny Mathis.nn After 1976's Glow, Jarreau issued the following year's Look to the Rainbow, a two-disc live set that reached the Top 50 on the U.S. album charts. With 1981's Breakin' Away, he entered the Top Ten, scoring a pair of hits with "We're in This Love Together" and the title track. After recording 1986's L Is for Lover with producer Nile Rodgers, Jarreau scored a hit with the theme to the popular television program Moonlighting, but his mainstream pop success was on the wane, and subsequent efforts like 1992's Heaven and Earth and 1994's Tenderness found greater success with adult contemporary audiences.nn A string of budget compilations and original albums hit the shelves at the end of the decade, but into the turn of the century his original output slowed down. That was until he signed with the Verve/GRP label in 1998 and reunited with producer Tommy LiPuma. LiPuma had produced Jarreau's ostensible 1975 debut, We Got By, and the pairing seemed to reinvigorate Jarreau, who went on to release three stellar albums under LiPuma's guidance, including 2000's Tomorrow Today, 2002's All I Got, and 2004's Accentuate the Positive. Givin' It Up, recorded with George Benson and released in 2006, was nominated for three Grammy Awards -- each one for a different song. Jarreau returned with his first ever full-length holiday-themed album, Christmas, in 2008. Four years later he offered a live recording, Al Jarreau and the Metropole Orkest: Live, performing alongside the Dutch ensemble.nn In 2014, he paid tribute to longtime associate George Duke with My Old Friend: Celebrating George Duke, which also featured guest appearances by Gerald Albright, Lalah Hathaway, Jeffrey Osborne, Dianne Reeves, and others. A frequent live performer into his seventies, Jarreau was hospitalized in 2010 and forced to cancel concert dates, but he resumed touring after leaving the hospital, and indicated that reports about possible health problems had been exaggerated. In February 2017 an announcement was posted on Jarreau's website stating that the singer had been hospitalized for exhaustion in Los Angeles; that he was canceling upcoming scheduled tour dates; and, in fact, that he would be retiring entirely from touring in the future. He died in the morning of February 12 at age 76, mere hours before the 59th Annual Grammy Awards ceremony was to begin. ~ Jason Ankeny 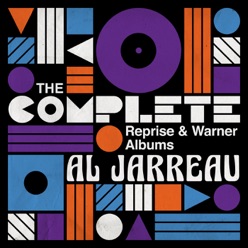 The Complete Reprise and Warner Albums
2019 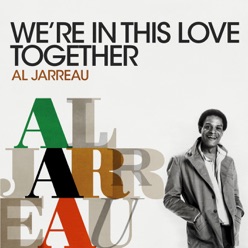 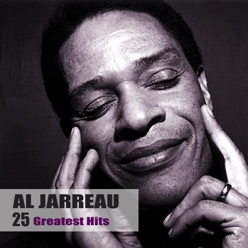