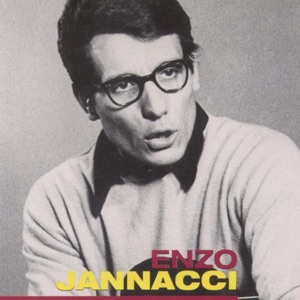 HOMETOWN
Milan, Italy
BORN
June 3, 1935
About Enzo Jannacci
Not only a musician but also a doctor -- a job that he kept until retirement -- Enzo Jannacci was one of the first rock u0026 roll singers to emerge from Italy, over the years becoming a successful entertainer and chansonier but never losing his very peculiar irony, in many ways his most distinctive trademark. Born in Milan on June 3, 1935, Vincenzo "Enzo" Jannacci debuted in the 1950s as a jazz pianist, playing with the likes of Gerry Mulligan, Chet Baker, and Stan Getz. In the same years, he started working in the cabaret theaters as a comedian and a showman. At the end of 1956 Jannacci quit his first band, Rocky Mountains, in order to start playing with the young Adriano Celentano, with whom he took part in the first Italian rock u0026 roll festival, in Milan's Palazzo del Ghiaccio during 1957. Then, at the end of the following year, he started a duo with Giorgio Gaber called I Due Corsari, with whom he released some singles (one of them being the famous "Tintarella di Luna"), later re-released on the album Giorgio Gaber -- Enzo Jannacci. At the same time he started his own solo career, immediately revealing a unique personality in mixing together rock u0026 roll and a strong Milanese feeling, depicting the life and characters of the suburbs of the city -- often using the local dialect -- in an immediately recognizable miscela of irony and sadness, as demonstrated by songs such as "El Portava i Scarp del Tennis." In 1962 he took part in the theatrical show Milanin Milanon with Milly and Tino Carraro, and in 1963 Ricordi released the singles collection Le Canzoni di Enzo Jannacci. In the same year he met Dario Fo, who wrote the show 22 Canzoni for him; the show's songs can be heard on the live album In Teatro and on La Milano di Enzo Jannacci, both dated 1964. Sei Minuti all'Alba followed in 1966.nn In 1967 Jannacci released another successful album, Vengo Anch'Io, No Tu No!, whose title track topped the Italian charts the following year. The record included another of Jannacci's most famous songs, "Ho Visto un Re," which was censored by the Italian national television because of its political content. In the first half of the 1970s Jannacci not only released the albums La Mia Gente (1970) and Jannacci Enzo (1972), but also composed the soundtrack for Mario Monicelli's Romanzo Popolare (1974, including the song "Vincenzina e la Fabbrica") and Lina Wertmuller's Pasqualino Settebellezze, for which he received an Academy Award nomination, and acted in Marco Ferreri's L'Udienza. In the meantime, he also moved for a while to South Africa and the U.S., where he specialized in heart surgery with Christiaan Barnard. In 1975, thanks to its title track, Quelli Che confirmed his success, followed by 1976's O Vivere O Ridere, 1977's Secondo Te...Che Gusto C'È?, and 1979's Foto Ricordo. In 1977, Italy's greatest female vocalist, Mina, released an album comprised entirely of Jannacci songs titled Mina Quasi Jannacci, and in 1980 Milva did the same on her album Milva la Rossa.nnIn the 1980s, although he never stopped releasing albums -- 1980's Ci Vuole Orecchio and Nuove Registrazioni, 1981's live record E Allora...Concerto, 1983's Discogreve and Ja-Ga Brothers (with Giorgio Gaber), 1985's L'Importante (probably the most interesting of the decade), and 1987's Parlare con i Limoni -- Jannacci increased his television appearances (e.g., Gran Simpatico in 1983). In 1989 he debuted at the Sanremo Music Festival with "Se Me Lo Dicevi Prima" and released 30 Anni Senza Andare Fuori Tempo, a live album celebrating his 30-year solo career. During the 1990s Jannacci returned to the Sanremo Music Festival three times: in 1991 with the melancholic "La Fotografia" (from Guarda la Fotografia); in 1994 with "I Soliti Accordi," a duet with Paolo Rossi later included in the anthology of the same title; and in 1998 with "Quando un Musicista Ride" (from the greatest-hits set of the same name). In 1991 he also interpreted with Giorgio Gaber a new adaptation of Samuel Beckett's theatrical piece Waiting for Godot. The 2000s started with the release of the excellent Come Gli Aeroplani (2001) and L'Uomo a Metà (2003), followed in 2004 by Milano 3.6.2005, including new versions of his most famous songs in Milanese dialect. Released in 2006, The Best was an anthology that also included some unreleased tracks -- one of them being a duet with Paolo Conte. ~ Aurelio Pasini 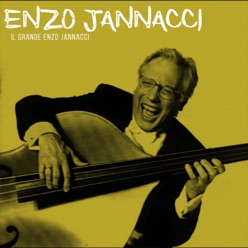 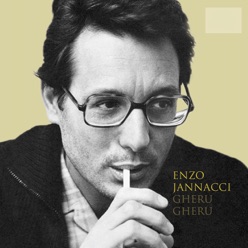 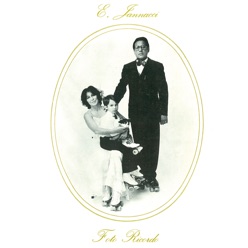 Enzo Jannacci songs in May