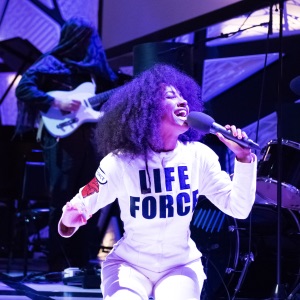 HOMETOWN
Portland, OR
BORN
1984
About Esperanza Spalding
Hailed as a prodigy on the acoustic double bass within months of first touching the instrument as a 15-year-old, Esperanza Spalding has emerged as a fine jazz bassist, but has also distinguished herself playing blues, funk, hip-hop, pop fusion, and Brazilian and Afro-Cuban styles as well. Born in Portland, Oregon in 1984, Spalding was not well served by the public school system and soon dropped out of classes to be home-schooled. Returning to the public school system at 15, she encountered her first acoustic bass (she had already been playing violin for several years) and immediately took to the instrument. Dropping out of school again, Spalding enrolled in classes at Portland State University as a 16-year-old, and earned her B.A. in just three years and was immediately hired as an instructor at the prestigious Berklee College of Music in Boston in the spring of 2005.nn After touring and playing with a host of artists, including Joe Lovano, Patti Austin, Michel Camilo, Charlie Haden, Regina Carter, Pat Metheny, Dave Samuels, and many others, in addition to heading her own jazz trio, Spalding recorded and released Junjo on the Barcelona-based Ayva imprint in 2006, following it with 2008's simply named Esperanza (on Heads Up Records), which scored big with critics and listeners alike. The album topped Billboard's Contemporary Jazz Albums chart and remained on it for over 70 weeks. In addition, it became the best-selling album by a new jazz artist internationally during 2008. Spalding followed it up with Chamber Music Society in August of 2010. The set comprised eight originals and three covers -- including Dimitri Tiomkin and Ned Washington's "Wild Is the Wind" and Antonio Carlos Jobim's "Inutil Paisagem." It was performed by Spalding's quartet with guest vocal appearances from Milton Nascimento and Gretchen Parlato, a small string section, and guitarist Ricardo Vogt. The album reached number one on Billboard's Contemporary Jazz Albums chart, and she received a Grammy in 2011 for Best New Artist.nn Spalding recorded a companion album to Chamber Music Society in 2011. Entitled Radio Music Society, the set included her regular band -- drummer Terri Lyne Carrington and pianist Leo Genovese -- with help from longtime collaborator Joe Lovano on saxophone and numerous guests: drummers Jack DeJohnette and Billy Hart, guitarists Jef Lee Johnson and Lionel Loueke, hip-hop producer and DJ Q-Tip, and a slew of vocalists, Parlato and Lalah Hathaway among them. It was released in the early spring of 2012. The following year she popped up on several albums by other artists, including appearing on Janelle Monée's The Electric Lady and Joe Lovano's Cross Culture, among others. Similarly, in 2014 Spalding was featured on vocalist Dianne Reeves' Beautiful Life and pianist Billy Childs' Map to the Treasure: Reimagining Laura Nyro. In 2016 Spalding returned to her own work with Emily's D+Evolution, an ambitious, prog-rock infused concept album revolving around a central character named Emily, Spalding's middle name. ~ Steve Leggett u0026 Thom Jurek 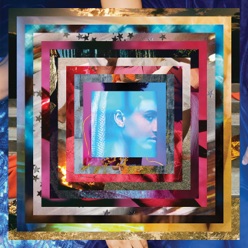 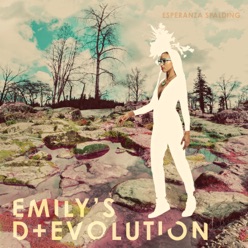 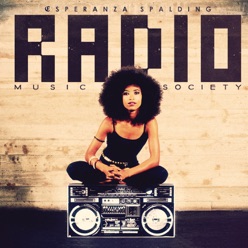