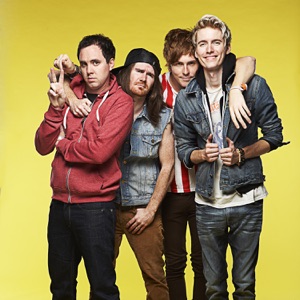 ORIGIN
Dallas, TX
FORMED
2006
About Forever The Sickest Kids
Forever the Sickest Kids received their first break mere days after forming, when lead singer Jonathan Cook inadvertently spent several hundred dollars for front-page song placement on PureVolume.com. With no songs to their name, the Dallas-based musicians were forced to hurriedly pound out a track so as not to waste their money. Formed from the ashes of Ben Bradley and the Flipside, two local bands that had called it quits in late 2006, the group quickly got to work creating its first emo-pop song. "Hey Brittney" was finished after two days and uploaded to PureVolume, gaining the young lineup -- which also included bassist Austin Bello, guitarist Caleb Turman, keyboardist Kent Garrison, drummer Kyle Burns, and Burns' guitar-playing stepbrother Marc Stewart -- its first amount of buzz.nnThe good luck continued when several major labels came knocking, and Forever the Sickest Kids ultimately scored a record deal with Universal Motown. An EP titled Television Off, Party On appeared in 2007 -- recorded within four months of the group's formation -- and nationwide touring followed its release, including a three-week stint on the Warped Tour's side stage. As their fan base and song arsenal slowly expanded, Forever the Sickest Kids began putting together a full-length album, Underdog Alma Mater, which was released in late April 2008. Another round of touring followed, this time as part of an Alternative Press-sponsored tour that featured bands like All Time Low, the Rocket Summer, and the Matches. After extensive touring, the band decided to release a string of EPs in lieu of creating a full album. The first in the series, The Weekend: Friday, was released in November 2009, with the remaining two (The Weekend: Saturday and The Weekend: Sunday) slated to appear in 2010.nn While Forever the Sickest Kids were in the studio recording songs for the Saturday EP, things went so smoothly that they decided to ditch the concept and record enough songs for a full-length album. After playing on the album, keyboardist Garrison left the band. Now down to a quintet, the group released its self-titled second album in March of 2011. Later that year, the band was dealt a blow when its label closed up shop. Soon after, Marc Stewart became the next to leave, citing a desire to return to college. The band soldiered on as a quartet and soon signed with Fearless Records. Their next album, J.A.C.K., was released in the early summer of 2013. ~ Corey Apar 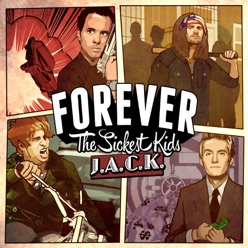 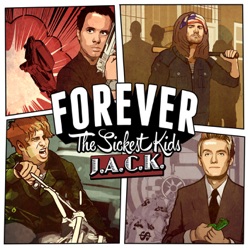 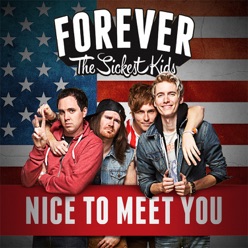