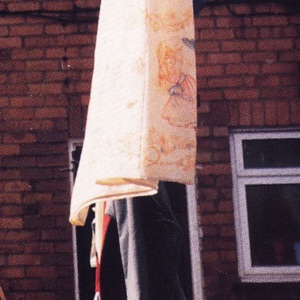 ORIGIN
Northampton, MA
FORMED
1996
About Fountains Of Wayne
Although Fountains of Wayne didn't enjoy mainstream attention until the release of "Stacy's Mom" in 2003, the band had already established itself as one of America's strongest power pop acts. Based in New Jersey, the group first appeared in 1996 with a mix of British-influenced pop songs, lo-fi production, and wry lyrics about dead-end jobs and biker boyfriends. Fountains of Wayne expanded their lineup and polished up their sound during the following years, eventually hitting gold with 2003's Welcome Interstate Managers. While that album proved to be something of a fluke success, the band continued releasing well-crafted records throughout the subsequent years. Meanwhile, co-founder Adam Schlesinger enjoyed a separate career as a producer and ghostwriter for other artists.nn Schlesinger first crossed paths with Chris Collingwood in 1986, while both were studying at Massachusetts' Williams College. Sharing a mutual affection for melodic British pop, the two formed a series of short-lived bands before recording an LP under the name Pinwheel. The duo split up after legal hassles blocked the album's release, with Schlesinger resurfacing as part of the indie pop band Ivy and Collingwood joining a Boston-based country group named the Mercy Buckets. The two musicians eventually reunited in 1996 as Fountains of Wayne, christening their band after a lawn ornament store in Wayne, NJ. Atlantic Records released the duo's self-titled LP that same year, and Schlesinger helped create some more buzz by authoring the title song to the movie That Thing You Do! Schlesinger's contributions to the film's soundtrack garnered a Grammy nomination and an RIAA gold certification in 1997. Fountains of Wayne's own album only enjoyed a sliver of that success, though, selling roughly 125,000 copies in America. Despite a lack of mainstream attention, the band toured the world alongside the Lemonheads and the Smashing Pumpkins. The addition of two touring musicians -- guitarist Jody Porter and former Posies drummer Brian Young -- helped round out the band's sound, and both became official members during the recording of Utopia Parkway. Released in 1999, the album expanded the band's catalog with slicker production, beefier harmonies, and Porter's muscled guitar work. Despite the popularity of "Denise" at college radio, Utopia Parkway sold poorly. Frustrations grew between Fountains of Wayne and Atlantic Records, who neglected to promote the song "Trouble Times" as a single, and the band was dropped from Atlantic's roster in late 1999. A long hiatus followed, during which Schlesinger co-wrote several songs for the Josie and the Pussycats film, released a third album with Ivy, and produced albums for the Verve Pipe, David Mead, and They Might Be Giants.nn The musicians reconvened four years later, funneling their own money into the creation of Welcome Interstate Managers. Released in 2003 on the newly minted S-Curve label, the album gave Fountains of Wayne its first taste of Billboard-certified success with "Stacy's Mom," a hit across several charts and the band's first Top 40 entry. The accompanying music video featured Rachel Hunter as the song's voluptuous title character; perhaps predictably so, it became a staple at MTV. The subsequent singles "Mexican Wine" and "Hey Julie" fared less well, but Welcome Interstate Managers nevertheless went gold, whetting the public's appetite for future Fountains of Wayne releases.nnThe double-disc compilation album Out-of-State Plates arrived in 2005, sporting two new songs (including the single "Maureen"), several live cuts, and a wealth of rarities. Fountains of Wayne launched a limited tour before returning home, where Schlesinger kept up his songwriting chops by penning four tracks for the soundtrack to the 2007 film Music u0026 Lyrics. That same year also saw the release of another FOW album, Traffic and Weather, which continued the band's tradition of fusing power pop with lyrics about travel, relationships, and workplace boredom. While working on a follow-up album, Schlesinger found time to play alongside Taylor Hanson, James Iha, and Bun E. Carlos in the pop supergroup Tinted Windows, whose debut album appeared in 2009. Later that year, Schlesinger joined Fountains of Wayne on a full-band acoustic tour, using the opportunity to play a handful of new songs in front of a live audience. Most of the new material found its way onto the band's next album, Sky Full of Holes, which doubled as their first release for Yep Roc in 2011.nn~ Andrew Leahey 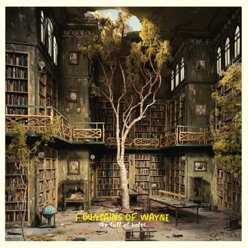 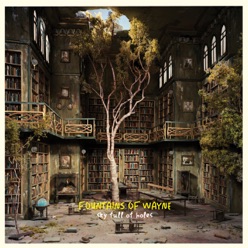 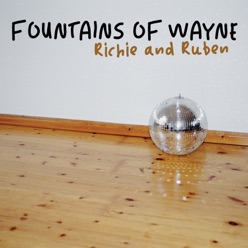 Fountains Of Wayne songs in September