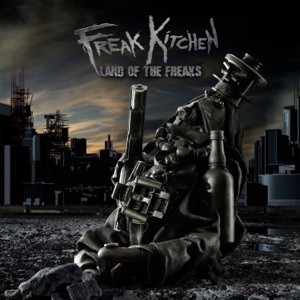 ORIGIN
Gothenburg, Sweden
FORMED
1992
About Freak Kitchen
Swedish originals Freak Kitchen combine the unpredictable, anything-goes-so-long-as-it's-unusual philosophy of Faith No More and Strapping Young Lad, the compositional discipline and vocal harmonies of King's X, and the explorative spirit of Frank Zappa into one of the more idiosyncratic and independent careers in metal. Formed in the city of Gothenburg, in 1992, by visionary vocalist and guitar wizard Mattias Eklundh (formerly a member of Danish band Fate) Freak Kitchen's original lineup also included bassist Christian Grönlund and drummer Joakim Sjöberg, who collaborated on everything from the music to album artwork, and consciously avoided any contracts offered by major labels in order to retain their precious independence. Sure enough, the trio signed with local TSP Records and went on to release three inventive and critically acclaimed albums in 1994's Appetizer, 1996's Spanking Hour, and 1998's Freak Kitchen, making significant inroads at home, in the U.K., and in Japan, where Eklundh's occasional instrumental clinics made him simultaneously revered as a guitar hero. Unfortunately, this, among other issues, slowly began corroding the relationships within Freak Kitchen, and following the release of 2000's Dead Soul Men and a farewell New Year's Eve concert in their native Gothenburg, Grönlund and Sjöberg announced their departure from the group. For his part, Eklundh laid low for some time, having always maintained that Freak Kitchen could never go on if any of its three original members were to depart. But he eventually changed his mind, drafting new members Christer Örtefors (bass) and Björn Fryklund (drums), and resurrecting Freak Kitchen with 2002's Move, later followed by 2005's Organic. ~ Eduardo Rivadavia 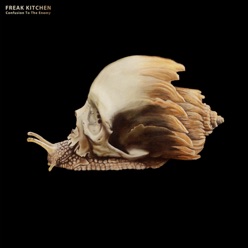 Confusion to the Enemy
2018 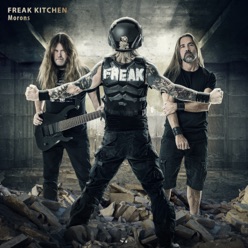 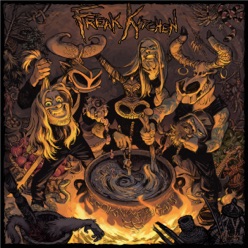 Cooking With Pagans
2014
See all discs