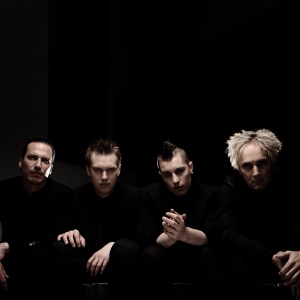 ORIGIN
Vancouver, British Columbia, Cana
FORMED
1986
About Front Line Assembly
As genre progenitors pushing beat-driven industrial, corrosive metal, and electronic body music in the late '80s and early '90s, Front Line Assembly helped formulate this hybrid style before acts like nine inch nails carried it into the mainstream. Initially, FLA dealt with the dark synth atmospherics heard on their official debut, 1987's The Initial Command. The addition of EBM dance beats followed, heard on releases such as 1989's Gashed Senses u0026 Crossfire and 1992's Tactical Neural Implant. As the genre incorporated more metal influences, so did the band, who injected jagged guitar riffs and aggressive sampling on 1994's Millennium. After returning focus to electronic, techno-oriented beats, FLA entered the 21st century with a trio of releases that landed the group on the Billboard charts for the first time with 2006's Artificial Soldier. They repeated the feat in 2010 with Improvised. Electronic. Device. before turning their attention to video game soundtracks on AirMech (2012) and WarMech (2018).nnThrough various lineup shifts over the decades, the act's core duo is comprised of Bill Leeb (vocals, synthesizers) and Rhys Fulber (synthesizers, samplers). After working in the mid-'80s under the pseudonym Wilhelm Schroeder with Skinny Puppy, the Austrian-born Leeb formed the industrial/techno-based Front Line Assembly in 1986 with Fulber -- who initially joined on as a studio assistant -- and synth player Michael Balch. After a handful of compilation appearances and cassette-only releases, Front Line Assembly issued its first three full-length efforts -- The Initial Command, State of Mind, and Corrosion -- on a monthly basis between December 1987 and February 1988. Later in 1988, Corrosion, a subsequent mini-album titled Disorder, and a number of exclusive bonus tracks were compiled and released as Convergence.nnIn 1989, the group returned with the album Gashed Senses u0026 Crossfire, which contained the dance-flavored singles "Digital Tension Dementia" and "No Limit." A European tour in support of the record yielded a live album -- titled simply Live -- that was released and deleted on the same day in a limited edition of 4,000 pressings. After Balch departed Front Line Assembly in 1990, Fulber stepped in as a full partner; the streamlined duo soon released the electro-styled album Caustic Grip, while 1992's Tactical Neural Implant found the group's music moving in a harder-edged disco direction.nn By 1994, their sound had evolved yet again, with the album Millennium displaying a newfound reliance on guitars; both the title track and "This Faith" scored as club hits. Fulber departed the lineup by 1997, while his replacement Chris Peterson debuted with 1998's Monument. Implode appeared one year later. Sticking with a heavy dose of synth pop trance and throbbing melodies, Leeb and Peterson issued Epitaph in fall 2001. Rhys Fulber returned for the 2001 album Civilization and remained for the 2006 release Artificial Soldier, which found guitarist/keyboardist Jeremy Inkel joining the band. The remix album Fallout followed in 2007.nnThe group returned in 2010 with Improvised. Electronic. Device. (Metropolis), featuring new members Jeremy Inkel and Jared Slingerland, as well as "Stupidity," with Al Jourgensen. After years of contributing previously released tracks to video game-related soundtracks, Front Line Assembly gave full focus to an entire album with AirMech, the electronic instrumental soundtrack for the video game of the same name, which was released in 2012. The next year, they returned with the dubstep-influenced Echogenetic -- the remix album Echoes a year later -- which they promoted on tour with Skinny Puppy. Echogenetic marked their highest chart success to date, topping the German Alternative Albums list and entering the top 20 on Billboard's Dance/Electronic and Heatseekers Albums charts.nnIn early 2018, keyboardist Inkel passed away due to asthma complications at the age of 34. The band carried on, joining Die Krupps on a spring European tour before the release of AirMech sequel WarMech. ~ Jason Ankeny u0026 Neil Z. Yeung 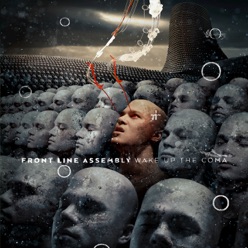 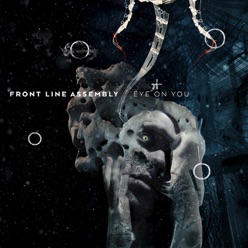 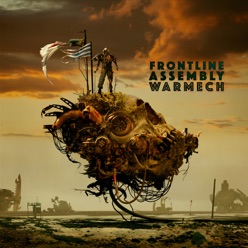