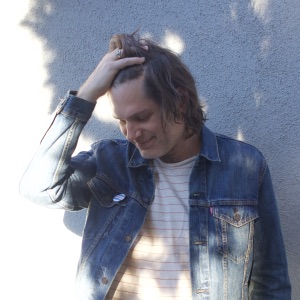 ORIGIN
Chicago, IL
FORMED
1999
About Fruit Bats
Formed around 1997, indie folk act Fruit Bats grew from a four-track recording project of songwriter Eric D. Johnson into a touring band with an ever-shifting lineup. The band existed in a steady but mercurial state throughout the 2000's as Johnson split his time between scoring movies, playing with other bands, and working on Fruit Bats albums such as the Sub Pop-released 2003 album Mouthfuls and its 2005 follow-up, Spelled in Bones.nnOriginally hailing from Chicago, Eric D. Johnson (not to be confused with the Eric Johnson from Archers of Loaf or the guitar virtuoso of the same name) began writing songs on his four-track in the mid-'90s before forming I Rowboat, a Velvet Underground-inspired indie rock band. He also began dabbling in folk music with two of the band's members, guitarist Dan Strack and drummer Brian Belval, thus forming the earliest incarnation of the Fruit Bats. When I Rowboat disbanded, Johnson continued to widen his network by playing guitar and banjo with Califone. Bandmates Tim Rutili and Ben Massarella (who also owned Perishable Records) urged Fruit Bats to record an album for their label, which resulted in the trio's 2001 debut, Echolocation.nnOver the next two years, the group toured and refined its lineup, adding multi-instrumentalist Gillian Lisee to the fold while embracing more elements of pop and experimental rock. In 2002, Fruit Bats signed with Sub Pop and released their sophomore effort, Mouthfuls, the following spring. Two years later, having relocated to Seattle and expanded to a quartet, the band released Spelled in Bones. The album continued moving away from the folk-rock foundation of Echolocation, although elements of that rootsy sound remained.nn Following the release of Spelled in Bones, Johnson took a break from Fruit Bats to serve as a sideman for several other bands, including the Shins and Vetiver. He reconvened the group in 2008, having revised the lineup to include Christopher Sherman, Ron Lewis, Graeme Gibson, and Sam Wagster. The band returned to Chicago to record at Clava, the same studio that housed the sessions for Echolocation, and emerged with 2009's The Ruminant Band. After The Ruminant Band, Johnson began devoting more time to scoring independent films (among them Our Idiot Brother, Ceremony, and Smashed), and 2011's Tripper reflected the more stripped-down approach of his movie work, with Johnson handling most of the instruments himself.nnIn November 2013, Johnson announced that he was retiring Fruit Bats, releasing a statement that noted, "it's been a long run and time for a change." However, after less than two years of working under his own name, which included the eponymous EDJ LP, he re-embraced his more familiar moniker, posting on social media in May 2015 that he intended to release a new Fruit Bats album. A tour with My Morning Jacket followed, and Absolute Loser arrived in the spring of 2016 via Easy Sound Recording Company, with Johnson as the only official bandmember.nnAfter completing full-band tours in support of Absolute Loser, Johnson embarked on a dual solo tour with longtime friend and Vetiver main man Andy Cabic. The stripped-down shows saw the two friends together on-stage taking turns playing songs from their voluminous catalogs, as well as select covers. Response from fans for these gigs was so positive that the duo eventually got into a proper studio to record an approximation of these intimate gigs. The results that were captured were ultimately released in 2019 as a six-song joint Fruit Bats/Vetiver EP entitled In Real Life (Live at Spacebomb Studios). ~ Heather Phares 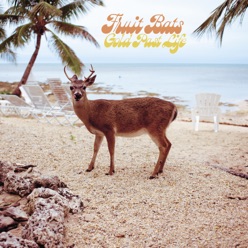 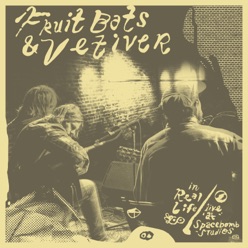 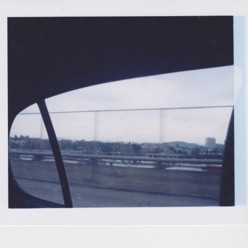 Getting in a Van Again - Single
2018
See all discs