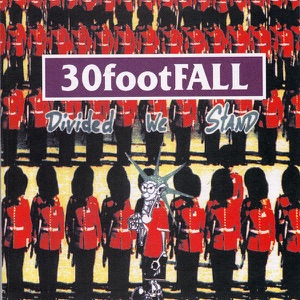 ORIGIN
Houston, TX
About 30 foot fall
Punk rock band 30 Foot Fall went through frequent lineup changes before settling down to its current lineup of singer Butch, drummer Brian, bassist Rubio, and guitarist Jason. Initially the band consisted of vocalist Billy, bassist Jeff, guitarist Tony Avitia, and Rubio on drums. Rubio -- the one constant from the start -- stayed, while the singer and guitarist went on to work with the band I-45. By the band's second gig, Billy was out and Butch was in as vocalist. Bassist Jeff lasted slightly longer, but after three gigs he was a goner and Mitch stepped in to take over his duties. With this interim lineup, 30 Foot Fall put together a pair of cassettes that were released by Broken Note Records. The lineup was in for another shakeup, however, when bassist Mitch wed and left the Houston area to settle in New Mexico. With the band in need of a new bass player, Rubio gave up his spot on the drums to fill the position. The former drummer for the Houston band Fortress, Damon Delapaz, came on board next.nnThe group started to play out in cities that included Dallas, Austin, and San Antonio. During this period 30 Foot Fall put out a 7", Elementary School Love, and Yo Mama's Records issued 500 copies. The band's lineup changed yet again by the close of 1994, when guitarist Avitia dropped out. The band played each of its next two shows with a different guitarist, both of whom had worked previously with the group I End Result. The first guitarist was P-Nut. He was followed by Chris, who ended up staying a bit longer. Less than six months later, the band put out Divided We Stand, an album issued by Fuzzgun Records. A period of touring followed. Early in 1996, Twistworthy Records released the 7" Junior High Sucked. More touring followed, this time throughout Louisiana and the band's home state, Texas. The album's title track was later featured on Punk Bites, a compilation put together by Fearless Records. Not long after, the label inked a deal with the band, and 30 Foot Fall set to work recording Acme 143.nnParanoid Records, a label out of Houston, issued the 7" Cartoons in 1998. The band included two of Cartoons' three tracks, "Ida Know" and "Throwaway," on a later album. Following the release of the 7", drummer Delapaz left the band to join the group River Fenix, which mutated into Fenix TX. Corey stepped in briefly to fill the gap until he was replaced by Brian, formerly of the band Middlefinger. Nitro Records offered 30 Foot Fall a contract in 1999 and issued the album Ever Revolving, Never Evolving. The band is featured on almost two dozen compilations. ~ Linda Seida 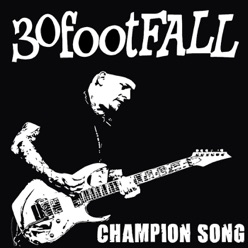 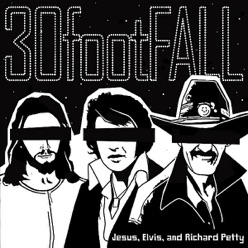 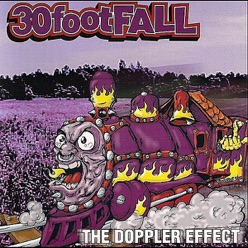 The Doppler Effect
2002
See all discs