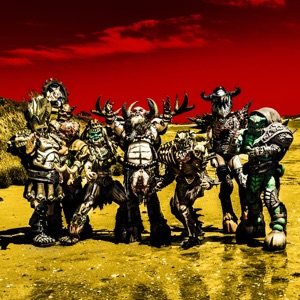 ORIGIN
Richmond, VA
About Gwar
GWAR (popularly thought to be an acronym for God What an Awful Racket, despite the band's protests to the contrary) are thrash metal's answer to the more mainstream satire of Spinal Tap. Gory, sexually perverse, and scatological in the extreme, GWAR were formed at Virginia Commonwealth University in Richmond as an experiment in marketing strategy by several musicians, art students, and dancers. The group claimed to consist of all-powerful interplanetary warriors, descended from aliens stranded in Antarctica and initially created from the lowest filth in the universe, who came to Earth to sexually enslave and/or slaughter the human race.nn All members perform under aliases that illustrate the band's dark humor; the main group consists of Oderus Urungus (vocalist Dave Brockie), Balsac the Jaws of Death (guitarist Steve Douglas), Flattus Maximus (guitarist Peter Lee), Beefcake the Mighty (bassist Michael Bishop), and Jizmak the Gusher (drummer Brad Roberts). Meanwhile, auxiliary characters included Techno-Destructo (occasional vocalist Hunter Jackson), Slymenstra Hymen ( Danyelle Stampe), the Sexecutioner (Charles Varga), and Sleazy P. Martini (the band's manager, Don Drakulich).nn The group quickly established a unique identity as the members performed in bizarre costumes made of latex and papier-mâché, while the stage show itself featured fake pagan rituals, corpses spewing washable bodily fluids on the audience, and sometimes a mechanical giant maggot. Not surprisingly, authorities in several locations didn't take kindly to GWAR -- Charlotte, North Carolina, fined Urungus on an obscenity charge and banned the group for a year, while police in Athens, Georgia, shut down a concert in 1993. With the help of the ACLU, however, GWAR sued and settled out of court, donating the resulting award money to charity. GWAR are perhaps best appreciated for their visual aspects, which have historically been far more creative than the actual music; indeed, the group received a somewhat stunning Grammy nomination in 1993 for its long-form home video Phallus in Wonderland.nn GWAR have survived numerous personnel changes over the years, a potential problem that has been mitigated by the fact that the band's "characters" never change, only the musicians playing them. Despite a decline in media attention, GWAR have also proven to be a consistent live act and continue to record a new album with each new stage act. Unlike most career bands, however, GWAR have released almost as many full-length videos as they have albums. Along with Phallus in Wonderland, the group assaulted the eyes with Skulhed Face (1994), Rendezvous with Ragnarok (1997), Dawn of the Day of the Night of the Penguin (1998), It's Sleazy (2001), and a slew of subsequent films.nn Musically, GWAR's early gem Scumdogs of the Universe (1990) is considered to be one of the band's most entertaining works. Subsequent albums, including This Toilet Earth (1993) and We Kill Everything (1999), have repeated many of the shock themes that gained GWAR notoriety early on. After a few GWAR-less years, the band returned in 2004 on a new label, DRT Entertainment, with a new album, War Party. The concert recording Live from Mt. Fuji (which, despite its name, was taken from a performance in Pittsburgh, Pennsylvania) was released the following year, and the band returned to the studio in 2006 for Beyond Hell, a rock opera/concept record about the band's journey into Hell. In 2009, after celebrating their 25th year and re-signing to Metal Blade, GWAR took a similar conceptual approach and left Earth's surface again to battle their enemy Cardinal Sin in space on Lust in Space. In 2014, however, Urungus died at the age of 50 from a heroin overdose, leaving the band without any of its foundingmemberss. In 2017, the group reconvened with original bassist Michael Bishop behind the mike --portrayingg a new character called "Blothar the Beserker" -- and released their 14th full-length outing, The Blood of Gods. ~ Steve Huey 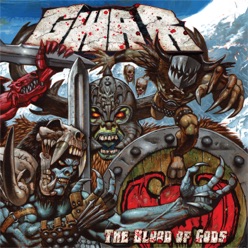 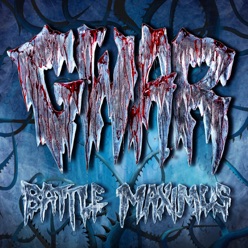 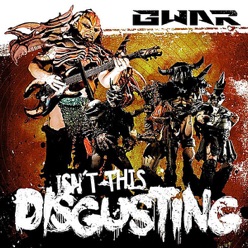 Gwar songs in May