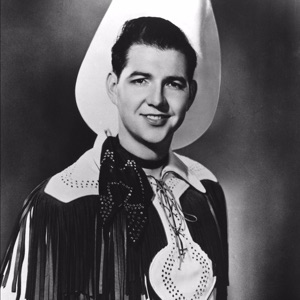 HOMETOWN
Waco, TX
BORN
September 3, 1925
About Hank Thompson
Hank Thompson was perhaps the most popular Western swing musician of the '50s and '60s, keeping the style alive with a top-notch band, tremendous showmanship, and a versatility that allowed him to expand his repertoire into romantic ballads and hardcore honky tonk numbers. Born September 3, 1925, in Waco, TX, Henry William Thompson was the son of immigrants from Bohemia and grew up idolizing Western swing and country musicians like Bob Wills, Jimmie Rodgers, and Gene Autry. He began learning harmonica and guitar as a child, and appeared in local talent shows as a teenager, which eventually led to his own local radio program (billed as Hank the Hired Hand). After graduating from high school in 1943, Thompson joined the Navy as a radio technician and often wrote songs to entertain his fellow soldiers. Following his discharge, Thompson studied electrical engineering at Princeton through the G.I. Bill, but eventually decided to pursue music as a career. He returned to Waco and to the radio business, and set about putting together a band he dubbed the Brazos Valley Boys. They quickly became a popular live act around the area and recorded their first single, "Whoa Sailor" (a song Thompson had written in the Navy) for the Globe label in 1946. A few more singles followed for Bluebonnet, by which time Tex Ritter had become a Thompson admirer. Ritter helped Thompson land a record deal with Capitol in 1947, an association that would last for the next 18 years.nnThompson scored his first major hit for Capitol in 1949 with the smash "Humpty Dumpty Heart," the biggest of his six charting singles that year. In 1951, he hooked up with producer Ken Nelson, who would helm many of his most successful records. Those records included "The Wild Side of Life," a monster hit from 1952 (over three months at number one) that became Thompson's signature song. Its cynical attitude inspired an answer record by Kitty Wells called "It Wasn't God Who Made Honky Tonk Angels," which made her the first female artist in country music history with a million-selling record. Thompson continued to score hit after hit during the '50s, including 21 songs that reached the Top 20 on the country charts and five Top Tens in the year 1954 alone. A savvy promoter, Thompson devised a number of ways to make himself stand out from the crowd (even past his suave cowboy wardrobe): his early-'50s television show in Oklahoma City was the first variety show broadcast in color and he was the first country artist to tour with a sound and lighting system (put together using his Navy and collegiate experience), the first to receive corporate sponsorship, and the first to record in high-fidelity stereo. He also gave early breaks to musicians like guitar legend Merle Travis and female rockabilly pioneer Wanda Jackson. Toward the end of the '50s, Thompson began to create LPs that were more cohesive than just mere collections of singles plus filler; 1958's Dance Ranch and 1959's Songs for Rounders were Western swing/honky tonk masterpieces, especially the latter, which stirred up controversy with its groundbreakingly adult (some said decadent) lyrical content. In 1961, Thompson recorded the first live album ever released in the history of country music, the classic At the Golden Nugget.nnAfter that burst of inspired creativity, Thompson's luck began to change: the public's taste was moving toward slick country-pop and the electrified Bakersfield sound and despite several more fine records, Thompson's relationship with Capitol ended in 1965. He first moved to Warner Bros., then ABC/Dot in 1968 (which became part of MCA in 1970). Thompson continued to record and tour and his singles charted regularly during the '70s all the way up to 1983, though he never matched the level of success he'd enjoyed in the '50s and early '60s. Even after the hits dried up, Thompson maintained a demanding concert tour schedule, playing all over the world. He was elected to the Country Music Hall of Fame in 1989. ~ Steve Huey 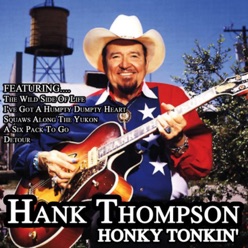 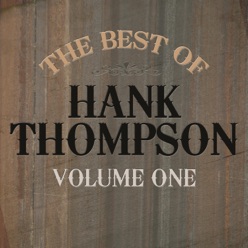 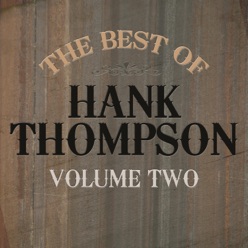 Hank Thompson songs in May