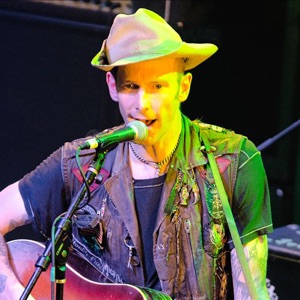 HOMETOWN
Nashville, TN
BORN
December 12, 1972
About Hank Williams III
As the grandson of Hank Williams and the son of Hank Jr., Hank Williams III was country music royalty before he ever sang a note. But he didn't immediately follow his forebears musically, choosing instead to bang around the Southeast, playing drums in punk and hardcore combos and smoking prodigious amounts of weed before he began pursuing a career in country music. It was the outlaw spirit of his lineage, alive and unwell and floating in the bong water, and he earned a reputation as one of Nashville's biggest rebels, more than living up to his lineage.nn Shelton Hank Williams III was born December 12, 1972, in Nashville, Tennessee. Williams lived the life of a nomadic punk rocker early on, but that changed when a court settlement decreed that Hank owed a large backlog of child support, and the judge instructed Hank to find more reliable employment. Circumstances forced Hank III onto the straight and narrow, and in 1996 he signed a contract with Music City giant Curb. The label issued Three Hanks: Men with Broken Hearts, which brought the voices of all three generations of Williams men together via the miracles of modern technology. It was about as far from what Hank III wanted as he could get and signaled the beginning of his stormy relationship with Curb.nnWilliams was in a tight spot. While his name, face, and uncanny vocal resemblance to his grandfather almost guaranteed him a thriving country audience, he had no patience for Nashville's squareness and rigid control. Hank and his Damn Band could wow a crowd with a spot-on set of gorgeous country balladry and spirited honky tonk. But III could just as easily shift gears into screeching Black Flag-style punk rock with his hard-rocking combo Assjack. He was the kind of anomaly most record companies couldn't stand -- eminently marketable, yet defiantly unpredictable.nnCurb issued Hank III's proper debut in September 1999. Entitled Risin' Outlaw, it presented 13 rough-hewn country numbers colored by III's honky tonking vocals. And while he played his share of "country" gigs to support it, Williams also appeared at the 2001 Vans Warped Tour alongside punks like Rancid. The irascible III also dismissed Outlaw as a label-controlled fiasco almost immediately after its release. After a few years of touring and trying like mad to be released from his Curb contract, III returned to wax in early 2002 with Lovesick, Broke u0026 Driftin'. While Outlaw had featured material from outside writers, the new LP was all Hank III but for a previously released cover of Bruce Springsteen's "Atlantic City." He also produced, recorded, and mixed it by his lonesome in just two weeks.nn At this point, Hank III's relationship with Curb became even more strained. The label refused to release his appropriately named This Ain't Country LP, which featured songs like "Life of Sin" and "Hellbilly." At the same time, Curb refused to grant Hank III the rights to issue it on his own. He and the record company reached an impasse, which III only exacerbated with the "F*** Curb" T-shirts he sold through his thriving website. Thrown Out of the Bar, his third honky tonk album, was scheduled for release in 2003, as was the long-awaited This Ain't Country. Additionally, Hank III issued extremely limited-edition releases through his website (often in quantities of 100 or less) and continued to play bass in Superjoint Ritual, the brutal side project of Pantera frontman Phil Anselmo.nn The double-disc Straight to Hell was released in March 2006 on Bruc Records (Curb's attempt to disguise their participation in the album). The first CD contained songs with elements of traditional country warped to fit Hank III's rebel attitude, while the second disc boasted only one song that featured just III, his guitar, ambient noises, and a slight story that those coming down from drugs might enjoy. Ever in the outlaw mode, Hank III released Damn Right, Rebel Proud in 2008. His fourth and supposedly final album for Curb, The Rebel Within, followed in the spring of 2010. And in a move that hardly pleased Hank III, Curb next repackaged This Ain't Country, the oft-bootlegged project that started the acrimony between III and the label in the first place, with additional unreleased material thrown in, as Hillbilly Joker in 2011.nn In the fall of 2011, Williams announced he was forming his own label, Hank3 Records, and launched the imprint with three albums released at the same time: A Ghost to a Ghost/Guttertown, a two-disc set of raw country tunes; a doom metal set called Attention Deficit Domination; and Cattle Callin, credited to 3 Bar Ranch, which married recordings of cattle auctioneers with speed metal tracks. III was still touring in support of his new albums when Curb managed to get an eighth album out of a lapsed six-album contract by releasing another set of previously unreleased material, Long Gone Daddy (mostly outtakes from 1999's Risin' Outlaw and 2002's Lovesick, Broke u0026 Driftin') in the spring of 2012. In October 2013, Hank III released another pair of albums through his own label, the two-disc country album Brothers of the 4X4, alongside the hardcore cowpunk release A Fiendish Threat.nnCurb Records, meanwhile, continued to keep ill will flowing between themselves and their former artist; Ramblin' Man, a 27-minute album of country-oriented tracks Hank III primarily recorded for various tribute albums, was released in the spring of 2014, and a year later Curb (using the Bruc alias) dropped a punk and metal-leaning set, Take as Needed for Pain, which was similarly pieced together from tribute albums and studio outtakes. As he had done with Curb's previous post-contract albums, Hank III encouraged his fans not to buy the albums in messages on his website and social media accounts, suggesting they burn copies borrowed from friends instead. Continuing to mine Williams' back catalog, Curb issued a Hank III Greatest Hits collection in September 2017. ~ Johnny Loftus u0026 Steve Leggett 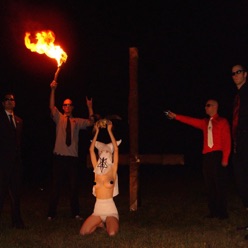 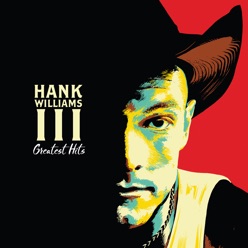 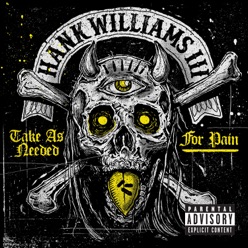 Take As Needed For Pain
2015
See all discs