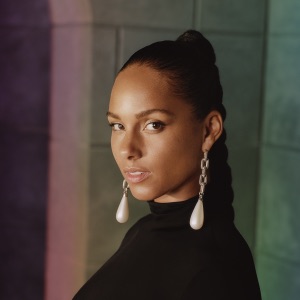 HOMETOWN
New York, NY
BORN
January 25, 1981
About Alicia Keys
American singer/songwriter and pianist Alicia Keys became an international star in the early 2000s with her singular mix of classic and contemporary Ru0026B. Behind the number one pop hit "Fallin'," her debut album, Songs in A Minor, sold more than 50,000 copies during its first day of availability in 2001 and eventually moved over ten million units worldwide, thus setting the stage for the then-20-year-old's career. Her 2003 sophomore follow-up, The Diary of Alicia Keys, cemented her popularity and she spent the next decade refining her signature sound, racking up platinum certifications with additional chart-toppers As I Am (2007) and Girl on Fire (2012). In addition to her solo efforts, Keys also collaborated on a number of notable hits with the likes of Jay-Z ("Empire State of Mind"), Jack White (the Bond theme "Another Way to Die"), Usher ("My Boo"), and more.nnAlicia Augello Cook was born in Hell's Kitchen in early 1981. Raised by her Italian-American mother, she enrolled in classical piano lessons at the age of seven and began writing songs four years later. An education at the Professional Performance Arts School helped develop her vocal skills, and Keys graduated at the age of 16 as the class valedictorian. Two Columbias loomed on the immediate horizon: Columbia University and Columbia Records, both of which had extended offers to the talented student/musician. Although she attempted to make both options work, Keys found it difficult to juggle the two commitments and chose to focus exclusively on her music career. Assuming the stage name of Alicia Keys, she began working with Columbia and contributed a song to the Men in Black soundtrack, but disputes with the label resulted in her contract's termination.nnKeys bounced back by aligning herself with Clive Davis, the president of Arista Records, but work on her debut album stalled when Davis was ousted from the company in 2000. Davis soon formed his own label, J Records, and welcomed Keys back into the fold with an aggressive publicity campaign (including an influential appearance on The Oprah Winfrey Show). Songs in A Minor was released in June 2001 and debuted at the top of the charts, eventually netting five Grammys and rising to platinum status in ten different countries. Her sophomore effort, 2003's The Diary of Alicia Keys, enjoyed similar Grammy-certified success and yielded a trio of Top 10 singles, "If I Ain't Got You," "Diary," and "You Don't Know My Name." Keys released a book of poetry, Tears for Water: Songbook of Poems and Lyrics, the following year.nn A live CD/DVD package, Unplugged, arrived in 2005 and followed Keys' two previous releases to the top of the charts. She then entered the acting world, starring in both Smokin' Aces and The Nanny Diaries in 2007, before issuing the pop-influenced As I Am later that year. It became her fourth consecutive number one album, and she was nominated for another handful of Grammys as a result, with "Superwoman" winning the award for Best Female Ru0026B Vocal Performance in early 2009. As the year drew to a close, Keys returned to the top of the Billboard charts with "Empire State of Mind," a Jay-Z single that featured her vocals, and released her fourth studio album, The Element of Freedom. Although it went platinum, The Element of Freedom didn't reach number one in the U.S. and became her first album to miss the top slot. It did reach number one in the U.K., though, marking Keys' first chart-topping album in Europe and highlighting her status as a global artist.nn During the next two years, Keys married producer Swizz Beatz, gave birth to a son, collaborated with Eve on the single "Speechless," appeared on Kanye West's all-star track "All of the Lights," and went on a brief tour in celebration of her debut album's tenth anniversary. She also wrote and co-produced "Angel" for Jennifer Hudson's I Remember Me. In 2012, she assisted Emeli Sandé (Our Version of Events) and Miguel (Kaleidoscope Dream) prior to releasing Girl on Fire, her fifth studio album. It was issued on RCA that November and featured collaborations with her husband, as well as Sandé, Salaam Remi, Jeff Bhasker, Frank Ocean, and John Legend. In the U.S., it became her fifth number one album and went gold. Her second live album, VH1 Storytellers, was issued in June 2013. Keys' recorded activity during the next year involved a collaboration with Kendrick Lamar, as heard on the soundtrack of The Amazing Spider-Man 2, and a pair of socially conscious solo tracks, "We Are Here" and "We Gotta Pray."nnAfter Keys gave birth to her second son with Swizz Beatz, she released another single, "28 Thousand Days," and appeared in the second season of Empire, for which she recorded "Powerful" with series co-star Jussie Smollett. The following May, Keys released "In Common" as a prelude to her sixth studio album and made her third musical guest appearance on Saturday Night Live. A few months later, she began a stint as a coach on The Voice and contributed "Back to Life" to the soundtrack for Queen of Katwe. Here, led by the biographical single "Blended Family (What You Do for Love)," arrived that November, peaking at number two on Billboard's Top 200. In April of the following year, Keys quietly released an EP called Vault Playlist, Vol. 1, which featured previously unreleased material and reimagined versions of earlier songs.nnIn early 2019, in conjunction with her hosting duties on the 61st Grammy Awards, Keys issued the jazzy single "Raise a Man." ~ Andrew Leahey u0026 Andy Kellman 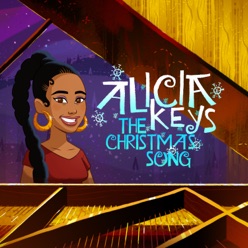 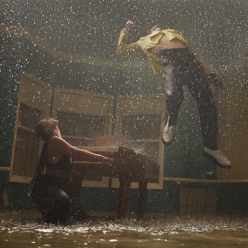