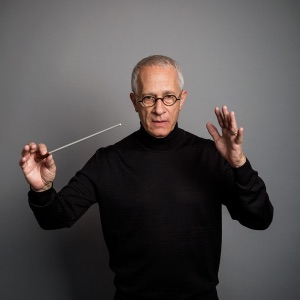 HOMETOWN
Los Angeles, CA
BORN
June 9, 1951
About James Newton Howard
James Newton Howard was well-established as keyboardist, songwriter, producer, and arranger in the realm of soft rock before he cemented his legacy as an A-list film and television composer during the '90s. Highlights of his rock résumé in the '70s and '80s had included touring and recording with Elton John and working on albums with the likes of Ringo Starr, Harry Nilsson, and Toto. After earning his first composing credit on the 1985 comedy Head Office, his first Academy Award nomination came with the 1991 drama The Prince of Tides. Known for delivering wistful chamber music, playful comedic fare, or alternatively ominous or high-octane orchestral music as called for, Howard became more and more in demand for the latter during the 2000s, due in part to his frequent collaborations with director M. Night Shyamalan. He won an Emmy for his theme to Gideon's Crossing in 2001, and in 2009, he shared a Grammy with Hans Zimmer for their score to The Dark Knight. His subsequent work in action-adventure franchises has included, among others, The Hunger Games, Fantastic Beasts, and the Bourne film series.nn Born in Los Angeles, California in 1951, James Newton Howard began taking classical piano lessons at the age of four, playing on a piano owned by his grandmother, who was the Pittsburgh Symphony's concertmaster and violinist during the '30s and '40s. He went on to study at the USC School of Music and at the Music Academy of the West (in Santa Barbara) with Reginald Stewart and Leon Fleisher. He also studied under orchestrator Marty Paich, who would later conduct some of Howard's scores. After graduating from college, Howard joined the short-lived rock band Mama Lion, which released the albums Preserve Wildlife (1972) and Give It Everything I've Got (1973) via Family Productions in North America and Philips elsewhere. Howard then worked for a couple of years as a session musician with artists including Diana Ross, Carly Simon, and Leo Sayer, and issued a self-titled album of instrumental progressive rock in 1974. In 1975, he joined the backing band of one of the most popular artists of that time, Elton John, touring and recording with him during the mid-'70s and later rejoining him for tours in 1980 and 1986. Over the years, Howard also worked as a songwriter, producer, and/or arranger with such artists as Cher, Earth, Wind u0026 Fire, Rickie Lee Jones, Bob Seger, Rod Stewart, and Barbra Streisand.nn While also filling the roles of musician, arranger, or producer on occasional songs and scores for Hollywood, Howard made his feature-film composing debut alongside Alan Howarth on the 1985 comedy Head Office. His first solo credit was the next year's Wildcats, another comedy. Beginning in 1986, he transitioned to scoring full-time, earning multiple film composing credits per year for over 30 consecutive years.nn Moving agilely between comedies, dramas, and thrillers, he penned scores for box office hits including Major League (1989), Pretty Woman (1990), and Flatliners (1990) before he was recognized with an Oscar nomination for his work on The Prince of Tides (1991). He was nominated again two years later for The Fugitive (1993). He earned a third Academy Award nomination, his first in the category of Best Original Song, for his collaboration with Carole Bayer Sager, James Ingram, and Patty Smyth on "Look What Love Has Done" from the Ivan Reitman comedy Junior (1994). Another best song nomination followed for the Kenny Loggins tune "For the First Time" from the romantic comedy One Fine Day (1996). It was co-written by Howard, Jud Friedman, and Allan Dennis Rich. My Best Friend's Wedding (1998) brought a fifth Oscar nomination for Howard, this time for original score. In the late '90s, he began a long-running partnership with M. Night Shyamalan, providing the music for the director's suspense-genre breakthrough, The Sixth Sense (1999).nn Howard found employment in television during the '90s, including writing the theme to ER, and in 2001, he won an Emmy Award for Outstanding Main Title Theme Music for Gideon's Crossing. In the meantime, he continued to collaborate with Shyamalan, scoring Unbreakable (2000), Signs (2002), and The Village (2004). The latter delivered Howard's sixth Oscar nomination. From 2004 to 2007, he served on ASCAP's Board of Directors, filling the vacancy left by the death of Elmer Bernstein. Concurrently, Howard teamed with director Christopher Nolan for the blockbuster DC Comics adaptations Batman Begins (2005) and The Dark Knight (2008), both composed with Hans Zimmer. The Dark Knight won them a Grammy for Best Score Soundtrack for Visual Media. Meanwhile, the Sydney Pollack-directed Michael Clayton (2008) and the Daniel Craig vehicle Defiance (2009) garnered Howard his seventh and eighth Oscar nominations.nn In the 2010s, James Newton Howard continued to work with Shyamalan; their seventh collaboration, The Last Airbender, hit theaters in 2010. That year, the composer also took a position as visiting professor at the Royal Academy of Music in London, England. In 2012, he joined the Jason Bourne, Huntsman, and Hunger Games film franchises with his music for The Bourne Legacy, Snow White and the Huntsman, and The Hunger Games. He returned for The Hunger Games: Catching Fire (2013) and The Hunger Games: Mockingjay, Pt. 1 (2004) and 2 (2015). In 2016, he followed up another series with The Huntsman: Winter's War and joined the Harry Potter universe with Fantastic Beasts and Where to Find Them. Howard also scored its sequel, Fantastic Beasts: The Crimes of Grindelwald (2018). Adapting Tchaikovsky's suite and adding music of his own, his score for Disney's The Nutcracker and the Four Realms (2018) was recorded by the Philharmonia Orchestra with conductor Gustavo Dudamel and pianist Lang Lang. ~ Marcy Donelson 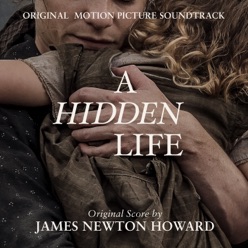 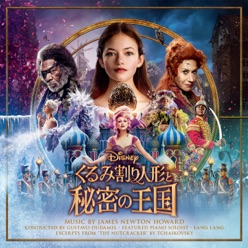 The Nutcracker and the Four Realms (Original Motion Picture Soundtrack)
2018 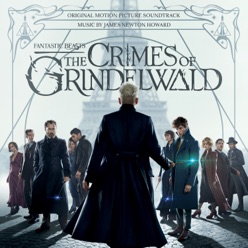 James Newton Howard songs in May