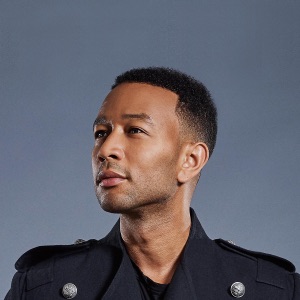 HOMETOWN
Springfield, OH
BORN
December 28, 1978
About John Legend
Grammy- and Academy Award-winning Ru0026B singer, songwriter, and pianist John Legend, born John Stephens, was a child prodigy who grew up in Ohio, where he began singing gospel and playing piano at the age of five. Stephens left his home state at 16 to attend college in Philadelphia, and it was there that he first found a larger audience. Not yet out of his teens, Stephens was tapped to play piano on Lauryn Hill's "Everything Is Everything," a Top 40 hit for the Fugees member's 1998 album The Miseducation of Lauryn Hill. After completing college, Stephens moved to New York, where he built a loyal following playing in nightclubs and releasing CDs, such as Live at Jimmy's Uptown (2001) and Live at SOB's (2003), that he sold at shows. He also became an in-demand session musician, playing and occasionally writing for a wide array of artists including Alicia Keys, Twista, Janet Jackson, and Kanye West.nnIt wasn't until West signed the young talent to his G.O.O.D. Music label that the Legend name was fully adopted with 2004's Solo Sessions, Vol. 1: Live at the Knitting Factory. Get Lifted, Legend's first studio album, was released that December. On the strength of the enduring single "Ordinary People," the album reached the Top Five of the Billboard 200. This led to three Grammy Awards: Best Ru0026B Album, Best Ru0026B Male Vocal Performance, and Best New Artist. Once Again, which peaked at number three on the Billboard 200 and at number one on the Ru0026B/Hip-Hop Albums chart, followed in October 2006 and eventually went platinum. Live from Philadelphia became a Top Ten album, despite its limited retail presence. October 2008's Evolver, a more pop-oriented set, spun off the sprightly crossover hit "Green Light," while the album went Gold.nn Legend started the following decade with another change of course. Wake Up!, in which he was backed by the Roots, was released in September 2010 with covers of still-relevant, socially aware songs like Harold Melvin u0026 the Blue Notes' "Wake Up Everybody" and Donny Hathaway's "Little Ghetto Boy." It won the 2010 Grammy Award for Best Ru0026B Album. After he toured with Sade, Legend collaborated with producers and writers including West and longtime creative partner Dave Tozer for Love in the Future, released in September 2013. It was his fifth consecutive release to peak within the Top Ten of the Billboard 200. The album also earned him his first number one hit, "All of Me," which peaked in the spring of 2014 but sold so well it ended up one of the Top Five best-selling singles of the year. Near the end of the year, he released the single "Glory." Written and recorded with Common for the soundtrack of the film Selma, it won the Academy Award early in 2015 for Best Original Song.nn In December 2016, Legend delivered his fifth studio album, DARKNESS AND LIGHT. Unlike the four previous full-lengths, its production was handled almost entirely by one person, Blake Mills, whose work on Alabama Shakes' Sound u0026 Color inspired Legend to reach out. Legend received songwriting support from Mills and the likes of John Ryan and Will Oldham, as well as Chance the Rapper, Miguel, and Alabama Shakes' Brittany Howard, who also made vocal contributions. In 2018, Legend dropped the ebullient single "Good Night," which featured an innovative music video shot entirely on cell phones. ~ Wade Kergan u0026 Andy Kellman 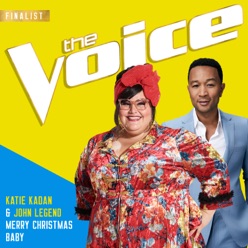 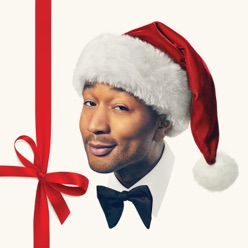 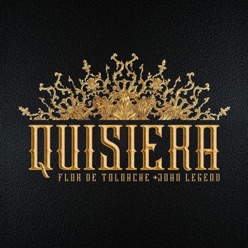