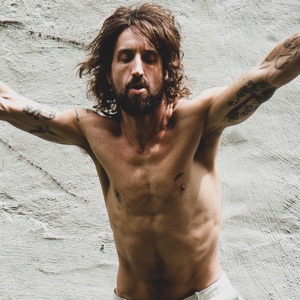 HOMETOWN
Akron, OH
BORN
September 28, 1971
About Joseph Arthur
Ohio native Joseph Arthur was discovered by Peter Gabriel, who signed the folk-rock songwriter to Real World Records in the mid-'90s. Arthur's debut, Big City Secrets, was released in 1997 and went fairly unnoticed, despite an eclectic, brooding sound influenced by the likes of Leonard Cohen, Joe Henry, and the late Jeff Buckley. Gabriel influenced Arthur's music, too, exposing his songwriting to a global palette, roping him into Gabriel's annual WOMAD shows, and giving him a roster of fellow labelmates -- including Ben Harper and Gomez -- to tour with during the decade's latter half. Arthur steadily earned an audience of his own, attracting some attention for his work as a visual artist as well.nnIn 1999, Arthur released the seven-song EP Vacancy and received a Grammy nomination for Best Recording Package, thanks to the hand-folded design by art director Zachary Larner. The sophomore effort, Come to Where I'm From appeared one year later, featuring production from alt-country icon T-Bone Burnett and distribution by Virgin Records. The album showed Arthur's musical fondness for basic country-rock and Americana, and he spent the rest of 2000 headlining club shows across North America and serving as an opening act for the The. Two years later, Arthur issued the four-EP series Junkyard Hearts, a precursor to his third opus, Redemption's Son. North American dates with Tracy Chapman followed in summer 2003, then one year later, the critically acclaimed Our Shadows Will Remain appeared.nn After starting his own label, Lonely Astronaut (distributed by Sony), Arthur published a collection of his artwork entitled We Almost Made It, complete with a mostly instrumental accompaniment, The Invisible Parade, during the spring of 2006. A few months later, fans were greeted with his fifth record, Nuclear Daydream, as well as a tour that featured Arthur with a full live band, something he had never done before. Arthur also provided vocals for "Sublime," from the Twilight Singers' five-song EP A Stitch in Time. In April 2007, he partnered with his band once again to record Let's Just Be, the second album released on his own label.nn The following year brought even more material, with Arthur releasing no less than four EPs during the first seven months of the year (Could We Survive, Crazy Rain, Vagabond Skies, Foreign Girls) and a full album, Temporary People, in September. In February 2010, Arthur teamed up with Dhani Harrison and Ben Harper to form Fistful of Mercy, a folk-rock trio whose debut album, As I Call You Down, was released later that year. The band toured off and on during 2010 and continued playing sporadic shows in 2011, but that didn't stop Arthur from furthering his solo career with The Graduation Ceremony, which appeared in May 2011. Early the following year, he self-released his next solo work, the double album Redemption City, as a digital download (the LP issue followed later that year). Ever ambitious -- as well as prolific -- Arthur focused on completing a confessional concept record he had envisioned over a decade earlier -- some of its songs had been in his live show that long. Without a label, he reached out to fans on the Pledge Music crowd-funding site and realized 170-percent of his goal. The end result was his "psychedelic soul" record, The Ballad of Boogie Christ, which was released in June of 2013. The following year, Arthur released an all-acoustic tribute album of Lou Reed songs titled Lou.nn Having established a reputation for the unconventional, he followed it up with the almost completely self-recorded Days of Surrender in 2015. He pressed exactly one compact disc, which would be provided to the person who purchased his van. He also sold it on a USB drive with a cassette. Later, it was released as a digital download through his website as on a physical disc -- manufactured to order -- through a lone online retailer. Before he released The Ballad of Boogie Christ, Arthur bought a 1912 Steinway Grand piano. He began writing songs on it, all of which revolved the dynamics of "the family" and how it shapes us and makes us who we are. The topic obsessed him. He eventually self-recorded it, handling vocals, drums, programming, pianos, guitars, and synths. The Family was released in June of 2016. ~ MacKenzie Wilson 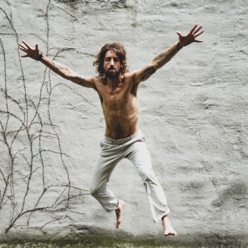 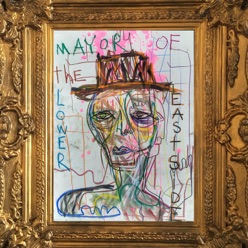 Mayor of the Lower Eastside - Single
2019 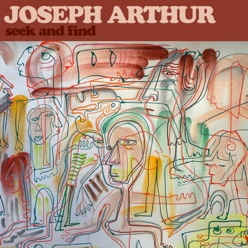