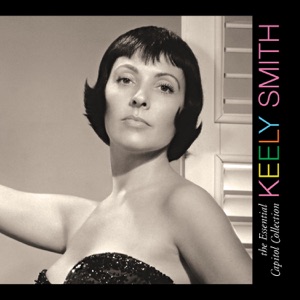 HOMETOWN
Norfolk, VA
BORN
March 9, 1932
About Keely Smith
A fine traditional pop vocalist, Keely Smith was best known as the longtime duet partner of the late singer/trumpeter Louis Prima. However, Smith was also a talented solo performer, on par with the leading female vocalists of the 1950s. With Prima she took the "straight man" role in their raucous, just-this-side-of-parody blends of jazz, jump blues, and Italian pop on records like Las Vegas Prima Style and in their Vegas-oriented shows. They also scored a major success when their 1958 cover of Johnny Mercer and Harold Arlen's "That Old Black Magic" hit the Top 20 and garnered the duo the first ever Grammy Award for Best Performance by a Vocal Group. On her own, Smith recorded a string of well-received albums and scored a hit with "I Wish You Love" in 1957. After divorcing Prima, she signed with Frank Sinatra's Reprise Records and released a series of sophisticated albums featuring musical direction by Nelson Riddle and Ernie Freeman. She also returned to the charts in 1965 with the Top 20 British single "You're Breakin' My Heart." After a period away from the spotlight, during which time she raised her daughters, she made a comeback in the 1980s. Over the next 30 years until her death in 2017, Smith recorded a handful of albums for Concord and performed often.nn Born Dorothy Jacqueline Keely in Norfolk, Virginia in 1928, Smith grew up in a family of Cherokee and Irish heritage. As a child, she sang on a radio show (eventually adopting her stepfather's last name as her stage name), and later performed with Saxie Dowell's band at a local naval air station. The singer was only 15 when she first saw Prima perform in New York City. The following summer, Prima played her hometown of Norfolk at the same time he was looking for a new female singer. Smith won the job on a more or less spur-of-the-moment audition, and recorded her first duets with Prima in 1949. Eventually they became romantically involved as well, marrying in 1953 and recording throughout the '50s, though they had their greatest success as one of Las Vegas' most successful stage acts.nn When the duo was signed to Capitol, Prima stipulated that Smith get her own recording deal. Her subsequent Capitol albums, including 1957's I Wish You Love, were accomplished readings of popular standards, sometimes swinging mildly, although Smith seemed more comfortable with ballads. She and Prima left Capitol for Dot at the end of the '50s, and in 1961 she divorced him on grounds of extreme mental cruelty.nn After divorcing Prima, Smith formed her own Keely Records label and partnered with longtime friend and mentor Frank Sinatra for a handful of impeccably produced efforts. Released under Sinatra's own Reprise imprint, 1963's Little Girl Blue/Little Girl New and its successors showcased Smith's highly resonant vocal style, framing her in swinging arrangements by Nelson Riddle and Ernie Freeman. The Reprise albums proved a boon for the singer, garnering her a Top 20 British hit in 1965 with "You're Breakin' My Heart."nn After a nearly ten-year hiatus from the music business spent raising her two daughters, Smith returned to performing. She made a comeback album in 1985 on Fantasy, I'm in Love Again, which featured accompaniment from top West Coast jazzmen Bud Shank and Bill Perkins. What Kind of Fool Am I? followed in 1994.nn In the wake of the late-'90s neo-swing revival, Smith recorded several well-regarded albums for Concord, including 2000's Swing, Swing, Swing, 2001's Grammy-nominated Keely Sings Sinatra, and 2002's Keely Swings Basie-Style with Strings. Three years later, she re-created the atmosphere of her classic live Las Vegas act with Prima on Vegas '58 -- Today. In 2012, Smith delivered the standards-centric Sweet and Lovely. A savvy businesswoman, Smith retained the rights to her Reprise masters, which were never issued on disc. In 2016, she partnered with Real Gone Music and issued all five of her mid-'60s Reprise albums, starting with 1964's The Intimate Keely Smith and including the Beatles-themed Keely Smith Sings the John Lennon-Paul McCartney Songbook. Smith passed away on December 16, 2017 of apparent heart failure; she was 89 years old. ~ Richie Unterberger 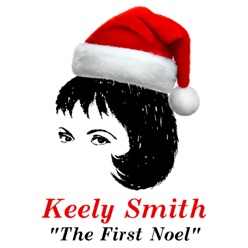 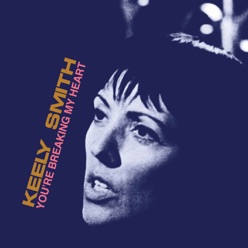 You're Breaking My Heart (Expanded Edition)
2019 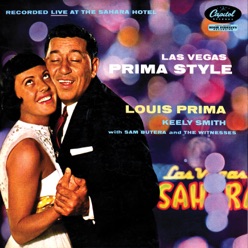