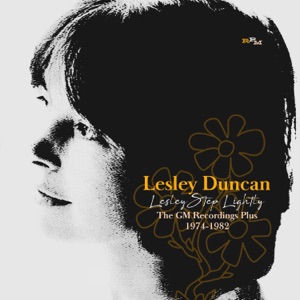 HOMETOWN
Stockton-on-Tees, County Durham,
BORN
August 12, 1943
About Lesley Duncan
One of England's top session vocalists, Lesley Duncan sang on recordings by Elton John, the Dave Clark Five, Pink Floyd, the Alan Parsons Project, Michael Chapman, and Joyce Everson and the soundtrack of Jesus Christ Superstar. Her songs have been covered by Elton John, Olivia Newton-John, and Long John Baldry.nnAlthough her debut 1963 single, "I Want a Steady," credited to Lesley Duncan u0026 the Jokers, was a commercial failure, Duncan found success six years later when Elton John included her tune "Love Song" on his album Tumbleweed Connection. The song's popularity led to a recording contract with CBS/Columbia. Her debut eponymously titled album, produced by her husband and keyboard player, Jimmy Horowitz, included her song "Sing Children Sing," featuring John on piano. Duncan and John continued to collaborate on Duncan's 1976 album, Moonbathing, which included a live duet version of "Love Song."nn While her vocals and songwriting brought her respect from the British music press, Duncan was unable to break through as a soloist. Dropped by MCA in 1976 due to poor album sales, she continued to work with producer Tony Cox as a singles artist until 1986. Her last album vocal appearances came in 1979 with "If I Could Change Your Mind" on the Alan Parsons Project album Eve and in 1980 with "Hold on to Love" from the album Exiled by the Bob Mitchell/Steve Coe Mysteries. Duncan's early albums, Sing Children Sing and Earth Mother, were released on CD in the early 2000s. During her latter years Duncan continued to perform with Jimmy Horowitz on keyboards and Chris Spedding on guitar. She died from cerebrovascular disease at age 66 on March 12, 2010, on the Isle of Mull in Scotland. ~ Craig Harris 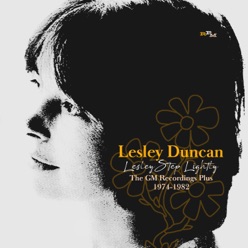