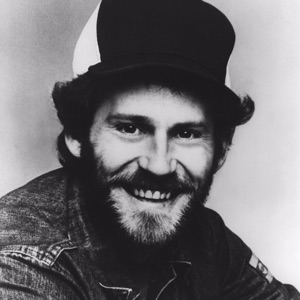 HOMETOWN
Marvell, AR
BORN
May 26, 1940
About Levon Helm
The longtime drummer for the Band, Levon Helm wore many musical hats throughout his long career, including multi-instrumentalist, songwriter, singer, impresario, studio owner, studio engineer, and producer. He grew up working on a farm in Arkansas; his first instrument was guitar, which he began playing at age eight, but after seeing the F.S. Walcott Rabbits Foot Minstrels, he decided to switch to drums. As a youth, Helm listened to the music of the area, including radio broadcasts of The Grand Ole Opry and the blues and Ru0026B shows on WLAC, a clear-channel station out of Nashville that became legendary in the development of Ru0026B and early rock u0026 roll. Accompanied by his sister Linda on washtub bass, he played various fairs and civic club shows until forming his first group, the Jungle Bush Beaters, while in high school.nn After seeing an Elvis Presley concert, Helm became keenly interested in rock u0026 roll and musicians like Bo Diddley. Eventually, he moved to Memphis, where he began sitting in with Conway Twitty. Later, he was discovered by a fellow Arkansan, rockabilly singer Ronnie Hawkins, who asked the 17-year-old Helm to join the Hawks, his backing band. The group soon relocated to Toronto, where they'd heard there was a burgeoning scene for their kind of music. In 1959, Hawkins signed to Roulette Records, where he and the Hawks cut a pair of hit records right out of the gate with "Forty Days" and "Mary Lou," which went on to sell in excess of 700,000 copies.nnIn the early '60s in Toronto, Helm and Hawkins recruited the rest of the members of the group that would become the Band, adding guitarist Robbie Robertson, pianist Richard Manuel, organist Garth Hudson, and bassist Rick Danko to the lineup. After numerous road trips with Hawkins, the group grew tired of the singer's abrasive manner, and they re-formed as Levon u0026 the Hawks, later changing their name to the Canadian Squires for the purpose of recording two singles. Shortly after, they changed their name back to the Hawks. In the mid-'60s, Bob Dylan decided to electrify his sound and wanted the Hawks to be his backing band. After putting up with too many boos at Dylan's newly electrified shows in 1965, Helm decided he'd had enough, and went back to Arkansas, thinking he would leave the music business behind him forever.nn But Helm returned to action in mid-1967, when the Hawks (since renamed simply the Band) began working on Music from Big Pink, the first in a string of classic records that made them one of rock's most legendary acts. After the Band's famed 1976 farewell performance, dubbed The Last Waltz, he cut his 1977 debut solo album, Levon Helm u0026 the RCO All Stars, followed a year later by his self-titled sophomore effort. In 1980 he recorded American Son, while another eponymously titled effort was released in 1982. The Band re-formed in 1983 without Robertson; following Manuel's 1986 suicide, the remaining trio released 1993's Jericho, recorded at Helm's home studio in Woodstock, New York. That same year, Helm published his autobiography, This Wheel's on Fire, co-authored with Stephen Davis. The Band's bluesy High on the Hog followed in 1995. The late '90s (and into the next decade) found Helm still making music in a new blues band called Levon Helm u0026 the Barn Burners, with his daughter Amy on keyboards and vocals, guitarist Pat O'Shea, lead vocalist and harmonica player Chris O'Leary, and upright bassist Frankie Ingrao, and with a similar outfit called Crowmatrix. An album of tracks from this era called Souvenir, Vol. 1 appeared in 2000 from Breeze Hill.nn Cancer of the vocal cords silenced Helm's unique voice as the 21st century opened, although he kept up his drumming duties, and in time was able to sing again, emerging with a slightly raspier version of his old vocal style. He began holding intimate concerts with various musical friends at his studio in Woodstock, calling them Midnight Rambles, samples of which were released as The Midnight Ramble Sessions, Vol. 1 and The Midnight Ramble Sessions, Vol. 2 in 2006. The following year saw the release of Dirt Farmer, Helm's first solo album in 25 years. The similar but looser Electric Dirt followed in 2009. Ramble at the Ryman, which captured highlights of Helm's 2008 Midnight Ramble concert at Nashville's Ryman Auditorium, was released on both CD and DVD in 2011. In spring of the following year, Helm's family announced that he was in the end stages of cancer, and he died on April 19, 2012. The Midnight Ramble Sessions, Vol. 3 was released the following December. ~ Richard Skelly 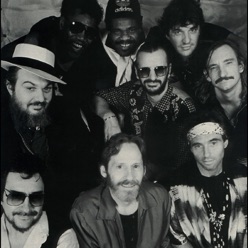 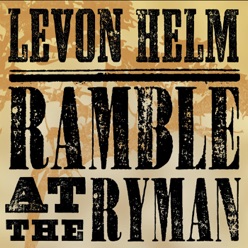 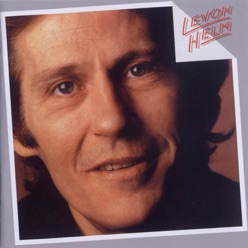