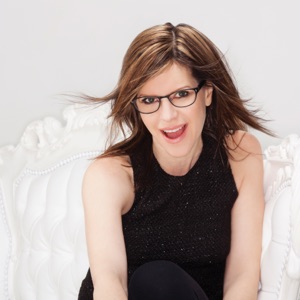 HOMETOWN
Bethesda, MD
BORN
March 11, 1968
About Lisa Loeb
If she had never made another record, Lisa Loeb would still go down in the record books as the first unsigned artist to top the American charts, as her meteoric single "Stay" -- from the soundtrack to 1994's Reality Bites -- spent three weeks at number one soon after the film's release. Born in Dallas, Loeb studied piano as a child but later switched to guitar. At Brown University, she studied music theory and played as a duo with her roommate, Elizabeth Mitchell (who went on to garner indie accolades with the band Ida). After college, Loeb attended Boston's Berklee School of Music for one semester, but then formed a full band in 1990, which she christened (in tribute to J.D. Salinger) Nine Stories and rounded out with Tim Bright on guitar, Jonathan Feinberg on drums, and Joe Quigley on bass.nnLisa Loeb u0026 Nine Stories began to gig around the Midwest, playing at Austin's South by Southwest seminar in the process. Loeb then hooked up with producer Juan Patiño, and in early 1992 released the cassette-only Purple Acoustic Tape, which she sold at her band's shows. Several major labels showed interest in Loeb's pop/rock songcraft, but she remained unsigned by late 1993, when her friend Ethan Hawke asked her to contribute a song for his next movie. Hawke passed along a copy of "Stay" to his director, Ben Stiller, who inserted it onto the soundtrack for Reality Bites. Released as a single in May 1994, it reached number one two months later and eventually sold over 750,000 copies in America. Loeb u0026 Nine Stories received a Grammy nomination for Best Pop Performance by a Group, and won a Brit Award for Best International Newcomer.nn Geffen Records, which had shown interest in Loeb before "Stay," signed her later in 1994 and re-teamed her with Juan Patiño. Her debut album, Tails, was released just over a year after her signing, and proved successful with commercial radio as well. Firecracker appeared in 1997, scoring another hit with "I Do" and climbing to gold certification like its predecessor. Tours with the Wallflowers and Chris Isaak followed later that summer, as well as a stint with Lilith Fair. Five years later, Loeb returned with a third effort and her debut offering for Au0026M, Cake and Pie. She co-produced the album and collaborated with an impressive cast, which included Glen Ballard, boyfriend Dweezil Zappa, Randy Scruggs (Vince Gill, Sawyer Brown, Waylon Jennings), and Peter Collins (Bon Jovi, the Indigo Girls). Lead-off single "The Way It Really Is" was a moderate hit among college radio, and "We Could Still Belong Together" was included on the soundtrack to Legally Blonde. In mid-2002, Loeb switched labels once more after inking a deal with Artemis. She relaunched Cake and Pie under the title Hello Lisa, which featured Sanrio's signature Hello Kitty artwork on the cover, that November. The Sanrio/Loeb union proved fruitful, as it coincided with the cutesy character's popularity boom in trendy Hollywood.nn For her next trick, Loeb reunited with old college pal Elizabeth Mitchell for the children's music album Catch the Moon, which featured a pleasant mix of traditionals and originals. Although it didn't include the single of the same name, The Way It Really Is was the title of Loeb's follow-up album in 2004, her first for the Zoe label. Meanwhile, the television show Dweezil u0026 Lisa premiered on The Food Network in January of the same year. It followed Zappa and Loeb throughout their daily activities as rockers and food lovers; moreover, it paved the way for another Loeb-centric TV show, #1 Single, which premiered in 2006 after her breakup with Zappa. The Very Best of Lisa Loeb arrived in 2006, having been released one year prior in Japan. After issuing the Cherries EP in 2007, Loeb delved into her back catalog and emerged with The Purple Tape, which she had originally released on cassette in 1992. Reissued in 2008 as a two-disc release, The Purple Tape combined ten solo recordings with an extended interview. It also prefaced the release of Camp Lisa, which marked her second children's album. ~ John Bush

A Simple Trick to Happiness
2020 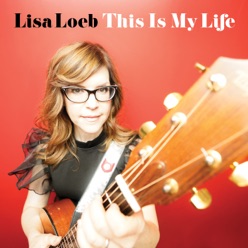 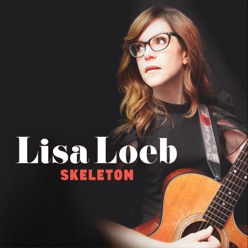 Lisa Loeb songs in May