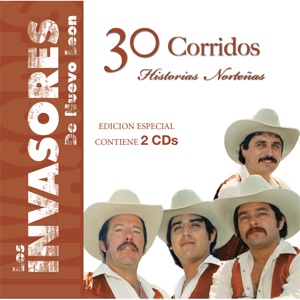 ORIGIN
Nuevo Leon, Mexico
FORMED
1980
About Los Invasores de Nuevo León
Los Invasores de Nuevo Leon are a storied norteño group from Monterrey, Mexico. Formed in 1978 by vocalist Lalo Mora, backing vocalist/accordionist Javier Rios, bassist Homero de Leon, and drummer Eliud López. They played private parties, street fairs from the back of pickup trucks, local stages, and cantinas. They began recording in 1981 for DLV Discs. In 1982 they scored their first regional hit with "Mi Casa Nueva," which was eventually certified gold in Mexico. Their recordings for the label became radio and audience favorites, landing the group in the charts several times over the ensuing decade. In 1993, Mora left the group for a solo career and was replaced by Isaias Lucero. Their debut with him, Playa Sola, also achieved gold status. Lucero left shortly thereafter and was replaced by Rigo Marroquín (bajo sexto), vocalist Rolando Marroquín, and Luis Perales on bass, making the group a sextet. Their Jardín de Amor album was such a hit regionally that it garnered the band a record deal with EMI Latin. They debuted internationally with 1997's Ventanas al Viento; the blockbuster Vuelvo Contigo, issued the same year, was their first platinum recording. It topped the Mexican regional charts and was certified gold. Its single, "A Mí Qué Me Quedó," became a staple all over Mexico, remained on the radio charts for five months, and was named Song of the Year. It achieved double platinum in Mexico and gold in the United States.nnAfter completing the decade with a 20th anniversary compilation of boleros and a live recording, Los Invasores de Nuevo Leon entered the 21st century with the charting full-length Tiempo al Tiempo. In 2002, they issued a collection of unpublished boleros entitled No Soy de Palo, featuring songs by Luis Elizalde, Fidencio Villareal, Luis Padilla, José Guadalupe Esparza, and Ríos. 2003's Señal de Alerta was the first time they collected a wide range of cumbias, boleros, and rancheras from all over the Mexican landscape. The recording charted and sold well enough to follow the same format for 2004's Los Más Buscados, which added corridos to the mix as well. They took the corrido format to new heights and prefigured the alterna movimiento with the following year's Corridos de Peligro, an intense collection of narcocorridos. While it did well with live audiences, radio play was harder to come by due to its subject matter. 2008's Amor Aventurero landed in the Regional Top 40. 2009's En Manos del Tiempo countered the seriousness with party and love songs. Dejate Llevar did better at radio, and was played across Latin America. Composer Espinoza Paz wrote "Aferrado," the lead single for the love song collection Aferrado al Amor. Second single "Que Te Lleve la Pena" hit the Top 20. In mid-2013, Los Invasores de Neuvo Leon issued the single "A Ver Quien Gana." It marked a turning point as it brought Mora back into the group as lead vocalist. The album Amistades marked a creative rebirth as it again featured the talents of the vocalist with Rios (Marroquin did not leave, but his brother did, and was replaced by Angel Hernandez, with Javier Benavides as lead guitarist). After a reunion tour with Mora, the band signed with Remex Music. Their debut single for the label, "Con la Luz Prendida," was composed by Lalo Ayala. It received excellent airplay and prepared the ground for the full-length Mi Héroe. Los Invasores de Nuevo Leon kicked off 2015 with the single "Si Se Me," which garnered airplay across Latin America, though Sin Presumir, its accompanying album, did not chart. In the fall of 2016, the group achieved a recording milestone in releasing an album simply titled No. 50. ~ Drago Bonacich 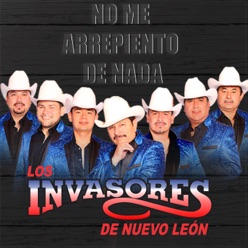 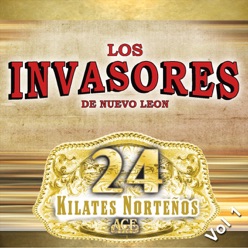 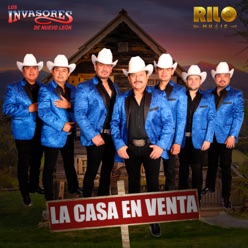