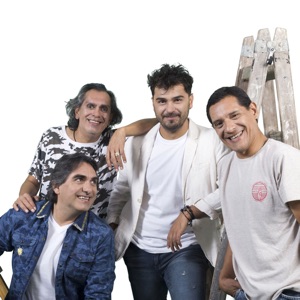 ORIGIN
Salta, Argentina
FORMED
1986
About Los Nocheros
Los Nocheros are arguably the biggest contemporary folk music foursome in Argentina. Over the course of their long career, they've released more than 25 albums that have sold over three-million copies and won multiple Gardel and Latin Grammy Awards. They reinvigorated traditional folk forms such as zamba and chacarera as popular music. These globe-trotting musicians have attracted more than 30 million people to their concerts.nn The original quartet began in Salta, a northern province in Argentina. Their goal was simple: To accurately present the music of their region to the rest of the country. The original members were Mario Teruel, Rubén Ehizaguirre, Kike Teruel, and Quique Aguilera. This lineup recorded a pair of early cassettes distributed locally at shows; the recordings gained attention due to the beauty, complexity, and power of their vocal harmonies and the poetry in their lyrics. Aguilera left the group and was replaced by singer and songwriter Jorge Rojas in 1993 (he wrote some of the of the group's biggest hits). A year later, the band broke out with their EMI debut album, Con el Alma. This marked a "before and after" moment not only in the quartet's story, but in Argentinian music. That year they played the 1994 Festival Folklórico de Cosquín and were given its "Consecracion" award for best new artist. While the popularity of los Nocheros' album's registered outside the region and throughout Argentina, the group began reaching out to new audiences with long tours; indeed, since their early days, Los Nocheros have toured annually, visiting each Argentinian province. In 1997, the group scored big again with Tiempo del Amor and Ven por Mí, both registering in airplay and sales charts as far away as Spain. They won their first Gardel prize for Best Folklore Group. 1998's Signos broke them wide across Latin America. Los Nocheros inspired a new generation who also mined various folk traditions and expanded upon them, underscoring the notion that, at least in Argentina, traditional music is popular music. In 1999, they won Best Album of the Year for Nocheros. The album tour lasted well into 2000 and took them as far away as Mexico. They were nominated for their first Latin Grammy that year. Another landmark in the band's recorded history was 2004's Noche Amiga Mía, an album that made use of all the rhythms of Latin America. In 2005, it too was nominated for a Latin Grammy. In the early spring, Rojas announced he was leaving to pursue a solo career. Mario Teruel enlisted Álvaro Teruel, his son, to fill the powerful singer and songwriter's spot. The new version of Los Nocheros won another Gardel award that year, this time for Best Group Folklore Album for En Vivo en el Teatro Colon.nnThe first studio offering of this lineup was 2007's Gen, followed just a few months later by Los 2200 Noches. La Fiesta was recorded on tour with Chaqueño Palavecino and Soledad Pastorutti and released as an audio/video package before the band jumped right back into the studio to record the haunting, beautiful, critically acclaimed 2010 album La Otra Luna. Not to keep things serious for too long, Los Nocheros issued another live recording in 2011, Carnaval, with Los Tekis; it remains among their most popular late-era recording. A year later, the band issued Clásicos: El Pecado Original, a collection of ten popular and enduring folk songs that garnered them a third Latin Grammy nomination. They followed it with 2013's studio outing Zafiro -- the gateway to one of their longest and most successful tours. 2014's Trio marked a return to more festive material. Ironically, in the cover photo, Los Nocheros look quite serious. Perhaps it's due -- inexplicably -- to Kike Teruel being absent! In 2016, the band -- including Kike -- celebrated three decades together with Nocheros 30 Años, in which they compiled more obscure, or, as Teruel says, "opaque" songs in their catalog that have the unmistakable Nocheros sound in the first chord. ~ Thom Jurek 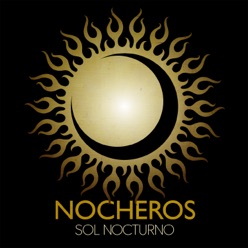 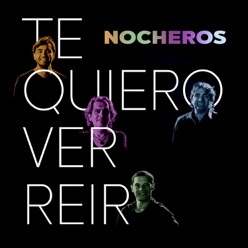