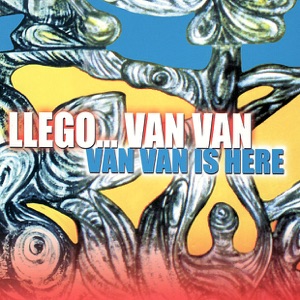 ORIGIN
Havana, Cuba
About Los Van Van
Los Van Van are one of the most important and influential bands in the history of 20th century Cuban pop music. Though the 1990s were pervaded by groups that mixed folkloric and traditional music with the musical trends of the day, and the beginning of the 21st century saw that process go even further, in the 1960s and '70s that Latino fusion sensibility was scarce at best. There were primarily two Cuban groups experimenting with mixing pop, funk, rock, and soul with their native traditions. One of those two was Irakere, and the other, far more long-lasting band was Los Van Van.nnFollowing the revolution, Cuban youth were profiled for talents and predispositions. Children showing potential in athletics were streamlined into sports. Academics, visual arts, and music followed suit. The young musicians who formed Los Van Van had enjoyed conservatory educations from their earliest years, and were experts in theory and performance by their early twenties. The band's key players -- Juan Formell (bandleader, bass player, and songwriter), César "Pupy" Pedroso (piano, songwriter), and José Luis "Changuito" Quintana (drumset/timbales) were fascinated with the soul, go-go, and disco music that dominated U.S. radio waves. They named their dance band Los Van Van after the go-go fad, meaning literally "they go-go!" The style that the band pioneered took its name from the cross of son and go-go music that the band had created. The style "songo" can now be found throughout the Latin jazz, pop, and fusion world. Los Van Van's debut disc bore the name, solidifying its place in musical history forever. Shortly after the band's formation, they became the island's favorite dance band, a title they held for years.nn With the support of the Cuban government, Los Van Van toured and recorded and toured tirelessly throughout the '80s and '90s. They became the best-known Cuban group in the world, maintaining a loyal fan base throughout Europe. Though there was some U.S. interest in the band and their innovations, the politics of the days hedged their ability to break into the U.S. market. While Irakere defected to States, Los Van Van never left Cuba. U.S. interest grew throughout the '90s, peaking with Los Van Van's Grammy Award in 1999 for their 15th original album, Llegó Van Van.nn Many founding members have gone on to become successful bandleaders in their own right. César "Pupy" Pedroso formed his own group, Los Que Son, Son, at the turn of the century. Lúis "Changuito" Quintana left the band in 1993 to pursue a Latin jazz career. Many lesser-known members went on to become some of the most influential players in the timba revolution that came in the early '90s.nn Los Van Van are widely recognized as a genre-creating band. Alongside artists like the Beatles, Aretha Franklin, and Creedence Clearwater Revival, Los Van Van are distinguished as a band that changed the course of popular music for an entire generation.nn Their recordings continued to resonate outside of Cuba, and they experienced a renaissance at home with 2010's Estrellas de Cuba issued by Egrem. The toured globally in the ensuing years, and wowed audiences in Europe and the United States as well as throughout Latin America and even Asia.nn Formell passed away in May of 2014; the band was left to decide whether or not to continue. While the conclusion was left in the air, they did complete work on an album that Samuel Formell claimed Juan had already completed work on. In 2015, La Fantasia: Homenaje a Juan Formell was issued by Egrem and billed to Formell y Los Van Van. The set included five of his songs, his bass playing, and his voice on the title track (thoughit was orignally written for Luna Manzanares. It was a hit with critics who ranked with their best albums, and a commercial one as well. Sony Music released the album in North America in early 2016. ~ Evan C. Gutierrez 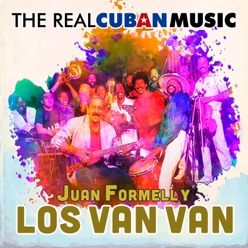 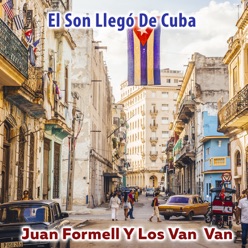 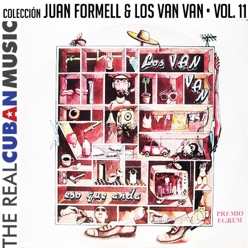