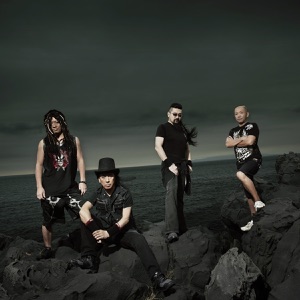 ORIGIN
Osaka, Japan
FORMED
1981
About Loudness
By the time they were introduced to the West by 1985's Thunder in the East album, Japan's Loudness had arguably already hit their peak. Their previous effort, Disillusion, was the fourth chart-topping release in their homeland, not to mention a critical triumph among members of the European press. But when faced with a contingency plan to conquer America, Loudness were gradually forced to alter their sound by unsuitable producers and clueless record company hacks, never coming close to translating their Far East success into Western stardom.nn Guitarist Akira Takasaki and drummer Munetaka Higuchi first played together during the mid-'70s in a mainstream rock band called Lazy. Unhappy with the band's direction, the duo split and decided to follow in the footsteps of Bow Wow (the first ever Japanese heavy metal band), forming Loudness with vocalist Minoru Niihara and bass player Masayoshi Yamashita. Combining a classic metal approach with Takasaki's Eddie Van Halen-inspired guitar heroics, the band immediately scored local success with their first three albums, which were sung entirely in Japanese. But it wasn't until the release of their first live album, Live-Loud-Alive, and fourth studio effort, Disillusion, that the group attracted any significant attention outside their homeland, eventually issuing an English version of Disillusion.nnAtlantic Records soon came calling, and the band's international career began in earnest with 1985's Thunder in the East, which sold quite well in the U.S. for its novelty value, giving the band false hopes about their acceptance by Western metal audiences. Subsequent efforts Lightning Strikes and Hurricane Eyes were "made to order" records geared for the American market, and saw the band slowly drifting away from their roots toward a more commercial pop-metal sound. All to no avail, and after recording 1988's independently released Jealousy, the classic lineup's glory years came to an end with the firing of Niihara and the arrival of American-born singer Mike Vescera for 1989's Soldier of Fortune. Released in 1991, the disappointing On the Prowl saw them resort to re-recording watered-down versions of some of their Japan-only material and would be the last to feature Vescera, who briefly joined the temperamental Yngwie Malmsteen's band.nnYamada Masaki, from rival Japanese metal band EZO, was brought in for Loudness' 1992 self-titled effort, 1994's Heavy Metal Hippies, and 1997's Ghetto Machine. The latter saw the band's longtime rhythm section being replaced by bassist Shibata Naoto and drummer Homma Hirotsugu. This lineup recorded two more albums, 1998's Dragon and 1999's Engine, after which Takasaki welcomed back the original members for 2001's Spiritual Canoe. Originally intended as a one-time event to celebrate the group's 20th anniversary, the reunion proved so popular in Japan that the newly reunified Loudness continued to perform and record, releasing a slew of studio albums, including Pandemonium (2001), Biosphere (2002), Terror (2004), Racing (2004), Breaking the Taboo (2006), and Metal Mad (2008).nn Tragedy struck in 2006 with the death of original bassist Hiroyuki Tanaka from heart failure, and again two years later when drummer Munetaka Higuchi passed away after battling liver cancer. New drummer Masayuki Suzuki joined the group for 2009's The Everlasting. King of Pain was released in 2010, with Eve to Dawn dropping in 2011 and the Ronnie James Dio-dedicated 2012 issued the following year. The band's 26th studio long-player, The Sun Will Rise Again, was released in 2014, with Rise to Glory arriving in 2018. ~ Eduardo Rivadavia 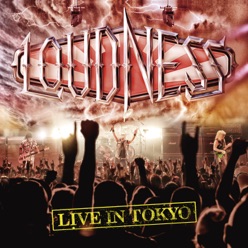 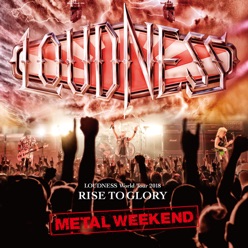 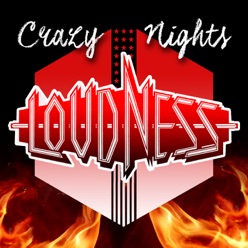