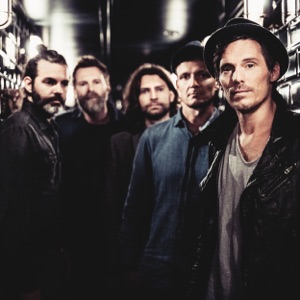 About Lovebugs
After breaking through to mainstream success in 1996 with their self-titled album, the Lovebugs became one of Switzerland's leading bands, performing English-language alternative rock inspired primarily by classic American and British pop/rock of the 1970s (e.g., Neil Young), '80s (e.g., the Cure), and '90s (e.g., Nirvana). Initially a trio, the Basel-based band essentially grew to become a vehicle for singer, songwriter, and multi-instrumentalist Adrian Sieber (aka Adrian Solo). The Lovebugs reached number one on the Swiss charts for the first time with their 2001 album Awaydays. Then, after some bandmember reshuffling and the relatively disappointing album 13 Songs with a View (2003), the Lovebugs returned to the top of the Swiss charts with their albums Naked (2005) and In Every Waking Moment (2006). In 2008 Sieber went solo with Adrian Solo, a Top Ten hit that showcased his songwriting and musical ability, although the following year saw the Lovebugs return with The Highest Heights, an album that managed a number two showing on the charts in their home country.nnSieber, born Adrian Benjamin Sieber on July 6, 1972, in Basel, Switzerland, co-founded the Lovebugs in 1992 with bassist Sebastian Hausmann and a drummer named Julie. Following a couple independent releases, Fluff (1994) and Tart (1995), the Lovebugs first charted in 1996 with their self-titled album, a Top 50 entry. The album's lead single, "Fantastic," became something of a breakthrough hit, though it didn't chart nationally; "Marilyn," "Fingers and Thumbs," and "Angel Heart" were also released as singles, the latter of the three becoming a Top 40 hit.nnThe next Lovebugs album, Transatlantic Flight (2000), debuted on the Swiss albums chart at number three. The album's lead single, "Under My Skin," released in late 1999, was a Top 20 hit; "Bitter Moon" and "Wall of Sound" were also released as singles. Clearly a popular band by this point, the Lovebugs topped the Swiss albums chart with their successive release, Awaydays (2001), which spawned the hit singles "Music Makes My World Go Round" (number 16) and "Coffee and Cigarettes" (number 46). In the wake of this chart-topping success, bassist and Lovebugs co-founder Sebastian Hausmann left to form his own band, Fucking Beautiful; he was replaced by bassist Florian Senn and keyboardist Stefan Wagner, leaving Sieber the only founding member. Other bandmembers include guitarist Thomas Rechberger (who joined the band in 1998) and drummer Simon Ramseier (who joined in 1994).nnThe new Lovebugs lineup made its recording debut on the 2002 one-off single "Flavour of the Day," a Top 30 hit. The subsequent full-length album, 13 Songs with a View (2003), was a relative disappointment, however, charting at number seven and spawning only the minor hit "A Love Like Tides" (number 63). The Lovebugs then returned to the top of the Swiss albums chart in 2005 with the live "unplugged" album Naked and then again in 2006 with the studio album In Every Waking Moment; the latter album spawned a pair of major hits, "The Key" (number 17) and "Avalon" (featuring Lene Marlin; number ten), and reclaimed the band's position atop the Swiss alternative rock scene.nnIn 2008 Sieber made his solo recording debut, adopting the pseudonym Adrian Solo and releasing a self-titled full-length album. Sieber played all the instruments on the album -- drums, bass, guitar, synthesizer, piano, beats -- and wrote all the songs. More experimental than his Lovebugs work and a bit less popular overall, Adrian Solo spawned a couple hits ("The Healing," "If You Just Knew...") and peaked at number six on the Swiss albums chart. However, the Lovebugs were back the following year with a new album, The Highest Heights, whose title track was performed by the group, representing Switzerland, at the 2009 Eurovision Song Contest in Moscow. Although the Lovebugs were not among the Eurovision finalists with The Highest Heights, the album from which the song was drawn achieved a number two chart position in Switzerland. ~ Jason Birchmeier 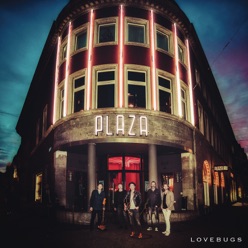 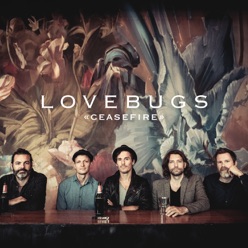 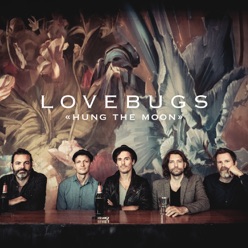