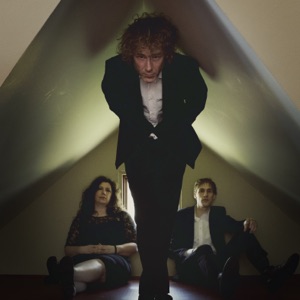 ORIGIN
Duluth, MN
FORMED
1993
About Low
Formed in Duluth, Minnesota, in 1993, Low were perhaps the slowest of the so-called "slowcore" bands; delicate, austere, and hypnotic, the trio's music rarely rose above a whisper, divining its dramatic tension in the unsettling open spaces created by the absence of sound. The group initially won over listeners and critics with music that was dramatically spare and keenly focused on the dynamics of their performances; this era peaked with 1999's Secret Name and 2001's Things We Lost in the Fire. Once Low signed with Sub Pop Records, they embraced a fuller sound and a more diverse approach, including expanded instrumentation (2005's The Great Destroyer), pop-accented production (2011's C'mon), and experiments in discordant electronics (2018's Double Negative), with the harmonies of Alan Sparhawk and Mimi Parker serving as their aural constants.nn Initially comprising the husband-and-wife team of guitarist/vocalist Alan Sparhawk and drummer/vocalist Mimi Parker, along with bassist John Nichols, Low began as an experimental reaction to the predominance of grunge. Producer and Shimmy Disc Records founder Kramer soon invited the group to record at his Noise N.J. studios, and the resulting demos earned them a deal with the Virgin-distributed Vernon Yard label.nnAfter reentering the studio with Kramer, Low emerged with their 1994 debut, I Could Live in Hope, a beautiful set spotlighting the trio's hauntingly minimal aesthetic -- even Parker's drum set consisted of only a snare and a hi-hat. Nichols exited the group prior to 1995's lovely Long Division, recorded with new bassist Zak Sally. A subsequent appearance on the Joy Division tribute A Means to an End was later expanded into the following year's Transmission EP, a five-track set also featuring a rendition of Supreme Dicks' "Jack Smith." With new producer Steve Fisk behind the boards, Low returned later in 1996 with The Curtain Hits the Cast. The Songs for a Dead Pilot EP followed in 1997 and marked Low's debut with their new label, Kranky, for whom they also released the critically acclaimed Secret Name in 1999. The late '90s also saw them issue Owl (Low Remixes) and the Christmas mini-album, which featured a cover of "Little Drummer Boy" that became a minor hit when it was featured in The Gap's holiday season commercials in 2000. 2000 also brought the release of The Exit Papers, a limited-edition instrumental EP Low described as "a soundtrack to an imaginary film."nn The band's brilliant Things We Lost in the Fire arrived on Kranky in 2001, with the darker, more subdued Trust coming the following year. Two years later, the B-sides/rare tracks collection A Lifetime of Temporary Relief appeared on Low's own Chairkickers Music imprint. For their seventh full-length album, 2005's The Great Destroyer, Low moved to Sub Pop; the second leg of the group's tour in support of the album had to be canceled after Sparhawk announced he was in treatment for depression. By 2007 he was feeling well enough to return to work, and the group released its second LP for Sub Pop, the politically charged Drums and Guns; Sparhawk had also launched a side project, the Retribution Gospel Choir, whose debut album appeared in 2008.nn Released in 2011, C'mon marked the debut of bassist Steve Garrington, while the band also stretched its boundaries by working with producer Matt Beckley, who had previously worked with mainstream pop acts such as Katy Perry and Avril Lavigne. In 2013, Low's 20th anniversary, the group released The Invisible Way, which featured production from Wilco's Jeff Tweedy. Low returned with a new studio album, Ones and Sixes, in September 2015, which the band produced in collaboration with recording engineer BJ Burton; Glenn Kotche of Wilco was a guest on the sessions. In 2016, Low reissued The Exit Papers, making the EP available on vinyl and as a digital download for the first time. Low returned to the studio with BJ Burton to record 2018's Double Negative, an unusually forceful and challenging album that found the trio experimenting with dissonant electronic backings and aggressively Auto-tuned vocals. ~ Jason Ankeny 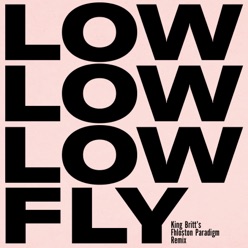 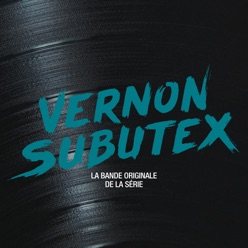 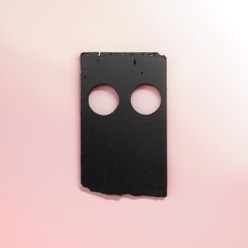