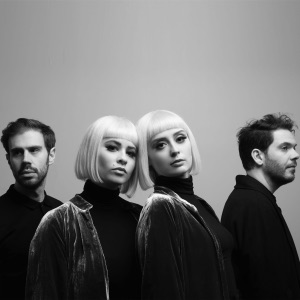 ORIGIN
Brooklyn, NY
FORMED
2008
About Lucius
Featuring a pair of alluring frontwomen in Berklee College of Music voice majors Jess Wolfe and Holly Laessig, who wear matching hairstyles and outfits to visually complement their serpentine harmonies, Lucius debuted their blend of torchy, pedal steel-infused folk-rock and urban indie pop on a self-titled EP in 2012. The band's first record to crack the top half of the Billboard 200 was their more flamboyant second full-length, 2016's Good Grief, which looked to slicker, '80s-styled pop without abandoning acoustic balladry.nn Formed in Brooklyn, New York in the late 2000s, Lucius also relies on the talents of drummer Dan Molad (CHIMNEY, Via Audio) and guitarist Pete Lalish (Uni Ika Ai), both formerly of Elizabeth u0026 the Catapult. Multi-instrumentalist Andrew Burri rounded out the original lineup, which appeared on the group's eponymous debut EP in 2012. It was followed a year later by their New York Times- and NPR-approved full-length debut Wildewoman, issued regionally by Mom + Pop, Dine Alone, and Play It Again Sam. Lucius toured extensively in support of the Molad-produced album, making multiple trips across the U.S., Canada, and Europe, including a European tour with Jack White. Wolfe and Laessig also appeared as guest vocalists on critically acclaimed albums including San Fermin's debut and Tweedy's Sukierae, and were part of the Rentals' lineup for 2014's Lost in Alphaville.nn Around the time they relocated to Los Angeles, the five-piece returned to the studio in 2015, this time with producer Shawn Everett (Weezer, Julian Casablancas). The resulting Good Grief was released in March 2016 by the same labels. It reached number 92 on the Billboard 200 as well as charting in the Top 15 of the alternative, rock, and independent albums charts. Amid a relentless touring schedule with Lucius, the two lead singers made time to accept an invitation to back Roger Waters at California's Desert Trip in October 2016. The two-weekend festival of legends that also included Bob Dylan and the Rolling Stones, among others, had them singing for a crowd of 75,000. That November, the band released the 10" Pulling Teeth, and Burri gave notice that he was leaving the group to pursue other projects. In March 2017, the band dropped the single "Million Dollar Secret," which appeared on an episode of the final season of HBO's Girls. That June, Laessig and Wolfe appeared on Roger Waters' album Is This the Life We Really Want? and joined him on tour as his backing singers for the next year-and-a-half. In the meantime, in March 2018, Lucius released Nudes, a set of newly recorded acoustic versions of their back catalog alongside three covers, one of which was a live-in-studio recording of "Goodnight, Irene" featuring Waters. Guitarist Nels Cline also made an appearance on the album. ~ James Christopher Monger u0026 Marcy Donelson 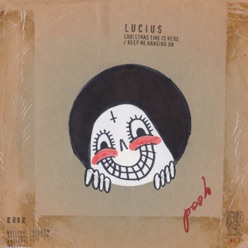 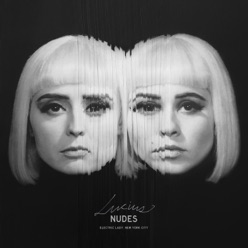 Until We Get There (Acoustic) - Single
2017
See all discs