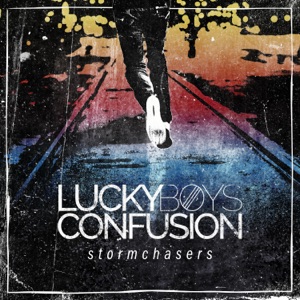 ORIGIN
Chicago, IL
FORMED
1997
About Lucky Boys Confusion
Long regarded as a haven for electric blues, power pop, and even metal, Chicago served as surprisingly fertile soil for the speedy growth of Lucky Boys Confusion. The five-piece ska-punk outfit -- Kaustubh Pandav (vocals), Adam Krier (co-vocalist, guitar), Ryan Fergus (drums), Jason Shultejann (bass), and Joe Sell (guitar) -- formed in 1997 when Pandav and Krier began writing songs together. The pair drew from punk, rap, and reggae to create an infectious ska-punk sound that combined Pandav's Latin melodies with Krier's Beastie Boys-influenced rap.nn Recruiting members from their previous bands, Pandav and Krier formed Lucky Boys Confusion and began to perform at house parties and YMCAs in Chicago's western suburbs. The band's first recorded effort was a four-song EP, What Gets Me High, released on their own Townstyle label in 1997. The Lucky Boys' tales of suburban teen life proved popular and the band followed in 1998 with the full-length Growing Out of It, again released on Townstyle. The 17-track Growing Out of It included the four songs from What Gets Me High, along with new material written almost exclusively by the team of Pandav and Krier.nn As the Lucky Boys' following grew in Chicago, "Dumb Pop Song," a single from Growing Out of It, found its way into regular rotation on Q101, Chicago's influential alternative rock station. With regular radio play, the band's fan base exploded and suburban house parties gave way to headlining gigs at the House of Blues and the legendary Metro. Fueled by the popularity of "Dumb Pop Song," Growing Out of It went on to sell over 6,000 copies. An EP, The Soapbox Spectacle, was released on Townstyle in March 2000, and the band eventually signed with Elektra Records. Lucky Boys Confusion's major-label debut, Throwing the Game, was released in May 2001, featuring the college radio favorite "Fred Astaire." With some of their hookiest material to date, Commitment followed three years later. The guys made minor waves on national radio and television with "Hey Driver," but with Elektra's subsequent demise, the band soon found itself without a label.nn Undeterred, the Lucky Boys embraced the D.I.Y. aesthetic and spent the next few years opening and headlining tours relentlessly across the country. As a result, the band's underground following stayed loyal. After working on various songs on the road, in June 2006 they released the How to Get Out Alive EP, back on Townstyle, now an imprint of Reincarnate (Sony/BMG). To celebrate the EP's release, the band played a five-night stand at Chicago's Beat Kitchen before heading out on nationwide dates with Bowling for Soup, Punchline, and the Army of Freshmen. Arriving in 2009, Closing Arguments delivered a collection of B-sides and demos as well as a new song, "This Town Ain't Big Enough for Both of Us." The band returned in 2017 with a set of original songs, Stormchasers. ~ Kevin Morrissey 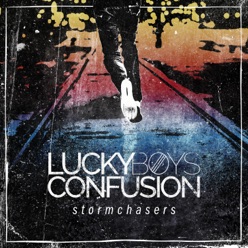 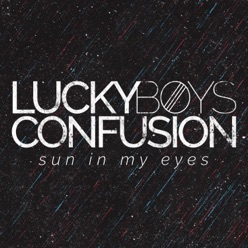 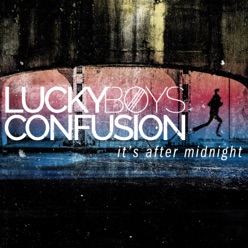 It's After Midnight - Single
2017
See all discs