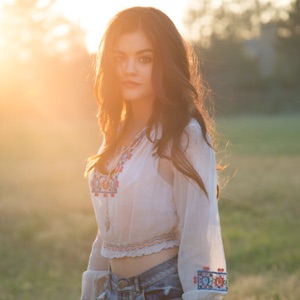 HOMETOWN
Memphis, TN
BORN
June 14, 1989
About Lucy Hale
Lucy Hale started her professional career early, appearing on American Juniors as part of a vocal group that came close to winning the televised competition in 2003. Hale, a native of Memphis, Tennessee, was just 14 but this was the beginning of a career that truly took off in 2010 when she was cast as Aria Montgomery on Pretty Little Liars, an ABC Family mystery-drama that turned into a cult sensation not long afterward. This cult helped Hale establish her popularity outside of the show, and she seized the opportunity to pursue a career as a vocalist, releasing her debut album, The Road Between, in June 2014.nnThe Road Between was a country album, reflecting her Southern roots, but earlier she sang pop, both in her American Juniors group and in 2011, when she had a starring role in A Cinderella Story: Once Upon a Song, a direct-to-DVD sequel to the 2004 film. This role helped her land a recording contract with Hollywood Records in 2012 and she started working on her debut that year, but the popularity of Pretty Little Liars slowed down the process. The show kept her busy but she finally completed the album with producer Mike Daly in 2014. "You Sound Good to Me," the first single from the record, appeared in January of that year, reaching 21 on the Billboard Hot Country Songs chart and paving the way for the album's June release. ~ Stephen Thomas Erlewine