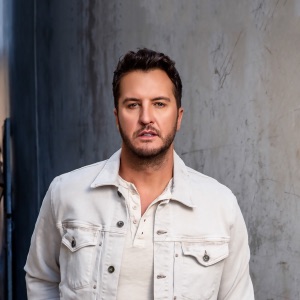 HOMETOWN
Leesburg, GA
BORN
July 17, 1976
About Luke Bryan
Singer and songwriter Luke Bryan comes by his country influences naturally: he grew up in Leesburg, Georgia, a small town 100 miles from the Alabama border where his father grew peanuts and sold fertilizer for a living. Bryan helped his family work the farm when he was young, but in his early teens he developed a passion for country music, picking up his influences from his parents' record collection, listening to the likes of George Strait, Conway Twitty, Ronnie Milsap, Alan Jackson, and Merle Haggard. When he was 14, his folks bought him his first guitar, and a year later, his playing and singing were strong enough that he started sitting in with local bands at a club featuring live country music. At 16, Bryan started writing songs with the help of a pair of local tunesmiths who had enjoyed some success in Nashville; he planned to head to Music City to try his luck after graduating from high school until his brother died in an auto accident. Wanting to offer emotional support to his family, Bryan opted to attend Georgia Southern University instead, though he didn't give up music. He continued writing songs, formed a band, and was playing gigs on campus or at nearby watering holes most weekends while pursuing his studies. He recorded a self-released album, which he sold at shows during this period, but was reluctant to take the plunge and devote himself to music full-time until he returned home to work in the family business after receiving his degree. Bryan's dad, confident of his son's talent, made him an offer: he could either move to Nashville or be fired.nnIn the early fall of 2001, Bryan pulled up stakes and relocated to Nashville, where his heartfelt songs of country life earned him a contract with one of the city's many publishing houses. In his free time, Bryan continued to perform at local clubs, and after an Au0026R man from Capitol Records saw him perform a set of his original material, he was given a record deal. Capitol released Bryan's first widely distributed album, I'll Stay Me, in the summer of 2007, following it with Doin' My Thing in 2009. Doin' My Thing peaked at number two on the country charts -- and at number six on the Top 200 -- and it spawned two number one singles: "Rain Is a Good Thing" and "Someone Else Calling You Baby" (while "Do I" hit number two). Bryan returned with his third album, Tailgates u0026 Tanlines, in the summer of 2011, its release preceded by the single "Country Girl (Shake It for Me)." That song was the first of four Top Five country singles pulled from the album: "I Don't Want This Night to End" and "Drunk on You" both hit number one, while "Kiss Tomorrow Goodbye" peaked at number three. This success kept Tailgates u0026 Tanlines in the charts well into 2012, and Bryan supported the record with steady touring.nn Early in 2013, Bryan compiled his four Spring Break-themed EPs since 2009 as the album Spring Break...Here to Party; it promptly became his first number one album on the pop charts. Bryan solidified his standing in country music by winning ACM's prestigious Entertainer of the Year award in June. That August, he released his fourth studio album, Crash My Party, which hit number one on the country charts and the pop charts. Each of the first four singles from the album -- the title track, "That's My Kind of Night," "Drink a Beer," and "Play It Again" -- steadily climbed to number one on the country charts during 2013 and 2014. Bryan chose to close out his series of Spring Break EPs in 2015 with the release of the aptly titled Spring Break...Checkin' Out; the collection went to number one on the Billboard country charts and three on the Billboard 200. Next up was Bryan's fifth full-length album, Kill the Lights, which appeared in 2015 as well. Another number one hit on the Billboard 200; it saw Bryan once again working with producer Jeff Stevens (Jody Stevens was also brought aboard as a co-producer), but unlike Crash My Party, the record saw a heavy dose of originals from Luke: he received writing credits on roughly half of the album's 13 songs. Kill the Lights debuted at number one and was eventually certified platinum, partially on the strength of the hit singles "Kick the Dust Up," "Strip It Down," "Home Alone," "Huntin', Lovin' and Fishin' Every Day," and "Move." In the autumn of 2016, Bryan embarked on his third Farm Tour and released the EP Farm Tour: Here's to the Farmer to commemorate the occasion. The following February, he sang the National Anthem at the Super Bowl and was announced as the newest judge on American Idol. Later that year, Bryan released the single "Light It Up," which peaked at number one on Billboard's Country Airplay charts. It was the first single from What Makes You Country, which arrived in December. ~ Mark Deming 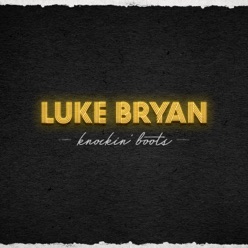 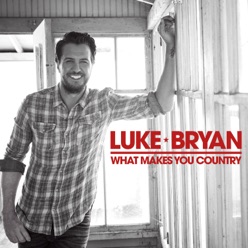 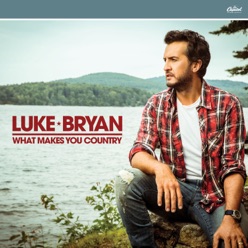 What Makes You Country
2017
See all discs